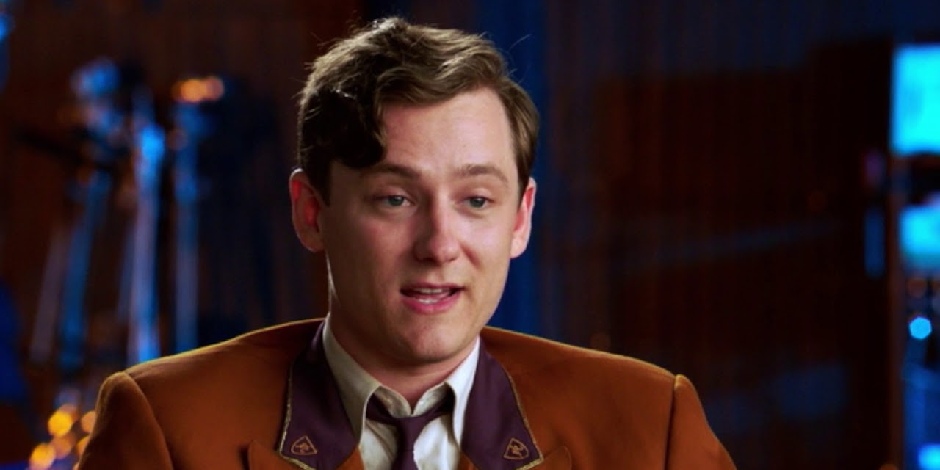 Why Is Lewis Pullman Popular?

Lewis Pullman is a well-known and popular actor who is popularly known for his role in the movies like “The Strangers: Prey at Night” and “Bad Times at the EI Royale” alongside Jeff Bridges and Cynthia Erivo. He has been seen working actively in his career since the year 2013.

Where was Lewis Pullman and raised?

Lewis , whose real name is Lewis James Pullman was born on 29 January 1993 as a son of his father, Bill Pullman, and his mother, Tamara Hurwitz. His father is an actor where his mother is a modern dancer. He has two siblings and among them, one is a sister, whose name is Maesa and another is a brother, whose name is Jack. Currently, he is 28 years old.

Pullman holds an American nationality and belongs to the ethnicity of English, Scottish, Northern Irish, Dutch, Ashkenazi Jewish, and Norwegian. His zodiac sign is Aquarius.

Where did Lewis go to school?

Earlier, he went to attend Hornell High School for his education, and later, he joined at State University of the New York. Further information is not described by him as he used to keep his personal life private.

What is the relationship status of Pullman?

Lewis Pullman seems to be single now as he has not mentioned his relationship with anyone. He keeps his personal far from social media so that currently, he is single. His hobbies are traveling, Swimming and Gymnast. His favorite color is Brown.

How did Lewis Pullman Start his career?

In 2016, he was also cast as Adult James on a short movie “Where You Are” and as Patrick on “The Realest Real”.

He was also seen appearing as Dallas in a British drama movie “Lean on Pete” which was directed by Andrew Haigh where the movie was based on the novel of the name which is written by Willy Vlautin. After that, he was cast as Larry Riggs on a biographical sports movie “Battle of the Sexes” which was directed by Valerie Feris and Jonathan Dayton. The movie was written by Simon Beaufoy.

Likewise, in 2018, he appeared as Luke in an American psychological slasher movie “The Strangers: Prey at Night” which was directed by Johannes Robert, and the main cast members of the movie were Bailee Madison, Lewis Pullman, Christina Hendricks, Martin Henderson, and Damian Maffei.

In the same year, he was also cast as Miles Miller on an American neo-noir thriller movie “Bad Times at the EI Royale” which was written, produced, and directed by Drew Goddard. The main cast members of the movie were Jeff Bridges, Cynthia Erivo, Dakota Johnson, Jon Hamm, Cailee Spaeny, Lewis Pullman, and Christ Hemsworth.

In addition, he was seen playing the role of Righty in a short movie “Lefty/Righty”. In 2019, he starred as Garret in an American thriller movie “Them That Follow” which was written and directed by Britt Poulton and Dan Madison Savage. Later, in 2020, he was cast on an American comedy-drama movie “Pink Skies Ahead” which was written as well as directed by Kelly Oxford.

Further, he will be seen appearing on an upcoming movie “Press Play” and also will be seen on an upcoming American action drama movie “Top Gun: Maverick” which was directed by Joseph Kosinski and was written by Ehren Kruger, Eric Warren Singer, and Christopher McQuarrie.

In 2019, he was seen appearing in the role of Major Major Major Major on a satirical dark comedy miniseries “Catch-22” where the movie was based on the novel of the same name.

Lewis Pullman became able to earn the attention of many people and his performance was praised by everyone when he played the role of Luke in an American psychological slasher movie “The Stranger: Prey at Night”. This movie was made on a budget, $5 million and it made an income of $32.1 million on the box office which is known as the good income in the movie sector.

After that, another notable performance came as Miles Miller on an American neo-noir thriller movie “Bad Times at the EI Royale”.

Lewis Pullman was also seen playing drums in the band call Atta Boy with Eden Brolin who is an actress and musician, Freedy Irish and Dashel Thompson. They were seen releasing their albums like Out of Sorts and Big Heart Manners.

What is the Current Net Worth of Pullman?

Lewis Pullman is a good-looking, active, and talented actor, who has been appearing in several movies and series, has an estimated net worth of $1 million to $5 million.