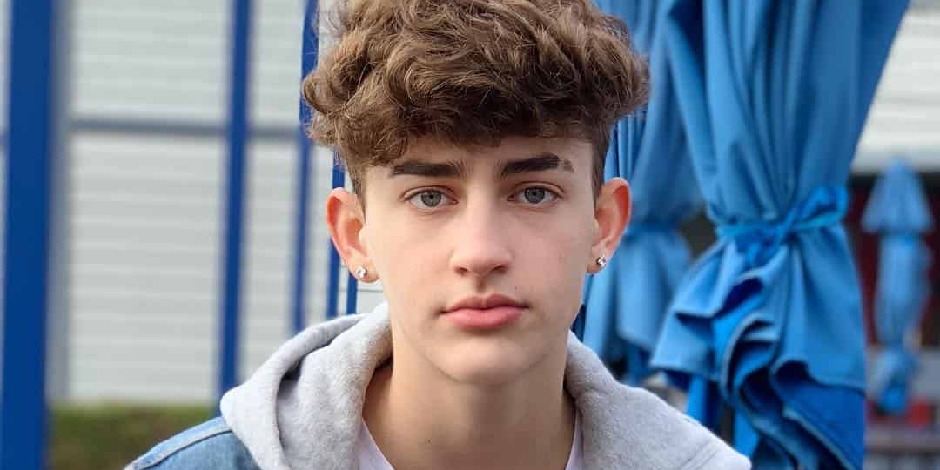 Reed Woehrle is an American-born social media star who grabbed people’s attention as a TikTok star as he has millions of followers on his TikTok.

Where was Reed born and raised?

Reed Woehrle was born on 8 February 2004 in California, the United States as a son of a father, Robert Woehrle, and mother, Nina Keery. He has four siblings, and among them, one is a brother, and three are sisters. His brother’s name is Conley Woehrle, is a photographer, whereas his sisters‘ names are Ava Woehrle, Niki Mazzuola, and Taylor.

Currently, he is at the age of 17, and his zodiac sign is Aquarius, as he was born on 8 February. Reed holds American nationality, but he is quiet about his ethnicity. Further, he follows the Christianity religion.

Woehrle is quiet about his educational background, so there is still a question mark about his academic qualification.

Reed has been in a romantic relationship with Leilani Castro since early 2019. His girlfriend is also a TikTok star. They both share their love and affection on their social media accounts, where she is also featured on his YouTube channel. Currently, he is living a cheerful life with his family and also focusing on his career.

To talk about Reed Woehrle’s physical statistics, he has a height of 5 feet 3 inches and a weight of 45 kg. He is a good-looking boy the looks perfect with his brown hair and black and gray eyes. But, further, he is quiet about his further physical appearances.

Reed is active on several social media platforms, including:

Woehrle is active on Instagram with the tag name (“@reedwoehrle”), where he has 382K followers and posted 102 posts. In addition, he has posted his attractive photos and videos on his Instagram account, which many people liked and commented on.

Reed is also active on Twitter with the tag name (“@reed_woehrle”), where she has 972 followers and tweets 11 times. He also opened his Facebook account named “Reed Woehrle,” where he has posted his good-looking pictures and videos for his fans and followers.

Reed also opened his TikTok account with the tag name (“@.reedwoehrle”), where he has 2.2M followers and posted many videos on TikTok that received many likes and comments from his fans and followers. The total likes on his posted videos reached 152.8M.

As he has gained many fans and followers on his TikTok account, he became able to get more attention from the people. His videos are also getting viral on the internet so that many people started following him to watch his new videos.

Reed created his YouTube channel named “ItsJustReed,” where he has 131K subscribers. He joined on YouTube on 9 June 2015 and posted many videos with his girlfriend. He mostly posted pranks, fun, and foods videos that many people viewed and liked. The total views on his videos reached 1,710,545.

A good-looking, active and talented Reed Woehrle is a well-known social media personality, most popularly known as a TikTok star. Currently, he is living a standard and wealthy life, enjoying an estimated net worth of $120,000.