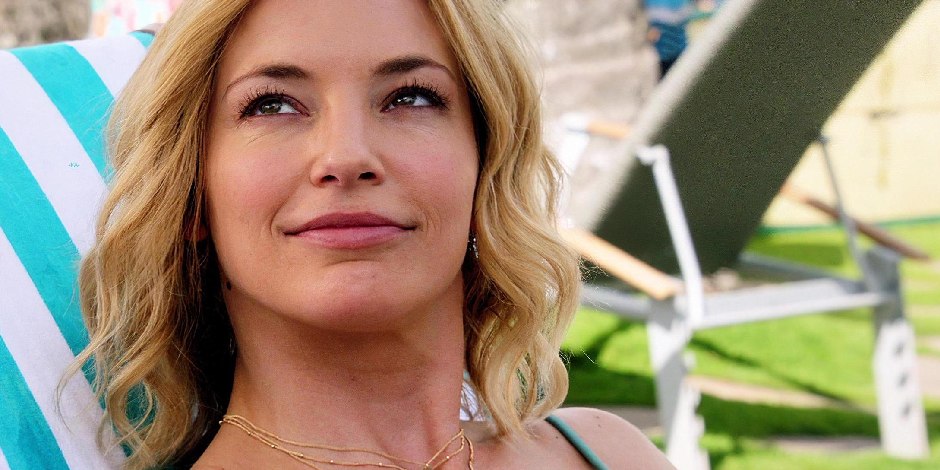 Perdita Weeks is a British actress who started acting with a small role in the British television mini-series, Goggle-Eyes.

Now she has made her debut in Hollywood and has gained more fame after portraying the main character “Juliet Higgins” in an American tv series, Magnum P.I.

Where was Perdita born and raised?

Perdita Weeks was born on 25th December 1985 in Cardiff, Glamorgan, Wales, United Kingdom. Her birth name is Perdita Rose Annunziata Weeks, and she is the daughter of Susan and Robin Weeks. She grew up with her elder sister, Honeysuckle Weeks, a British actress, and her younger brother, Rollo Weeks, a businessman and former actor. Her mother was also an actress.

Weeks was born and raised in England; hence, she possesses British nationality and white ethnicity. In addition, she has Capricorn as her birth sign.

Perdita Weeks studied at Roedean School in East Sussex. She later moved to London, where she joined The Courtauld Institute of Art and continued her Bachelor’s in art history. She later dropped out of the university to focus on an acting career.

How did Perdita start her Career?

Perdita Weeks made her professional debut through a commercial for detergent. In 1993, she made her first tv appearance as Judith Killan in Goggle-Eyes. After that, she started landing minor roles in several tv films and series like Loving, The Shadowing Third, Robert Rylands’ Last Journey, Hamlet, The Prince, the Pauper, and many more.

In 2007, she landed her first recurring role in the historical series, The Tudors as Mary Boleyn. She also played significant roles in the series The Promise, Titanic, and Ready Player One alongside stars Jadah Marie, Jean Reno. In 2014, she made her international debut through the film, As Above, So Below. Following the film’s success, she landed her first leading role in an American tv series, Magnum P.I., in 2018. As of 2021, the series has been receiving great success. In 2019, she voiced Morgan le Fay’s character for the video game Du Lac & Fey: Dance of Death.

Check out the latest updates on Jay Hernandez and Magnum P.I.

Perdita takes excellent care of her face and body to maintain her looks for professional reasons. She shared her skin treatment routine during an interview with Watch. In addition, her workout routine involves bodyweight training and Bikram yoga, and gym.

Who is Weeks in a relationship with?

Perdita Weeks is committed to Kit Frederiksen who is also an actor. The couple has been in a marital relationship since 2012. Perdita gave birth to twin sons Rupert Sebastian and Humphrey Carrington Frederiksen.
Perdita is a fun-loving and outgoing person. She enjoys outing and trekking. She confessed that she would rather experience new places than buy new cars or luxury items.

Perdita does not hesitate to show her bare face and prefers to spend time with her husband and two sons when she is not working. Perdita currently resides in London, England.

Check out the latest updates on Perdita’s husband Kit Frederiksen

Check out the latest updates on Halston Sage and Magnum P.I.

Perdita Weeks has an estimated net worth of $5 million as of 2021. Thanks to her performance in the tv series Magnum P.I., her net earnings took a giant leap. As of now, she is enjoying her successful career life. Despite the luxury, she prefers to invest her time in traveling rather than buying luxurious items.