Skip to content
Home » Gossip » Twin Brothers Max Carver and Charlie Carver to appear in the mysterious role in the movie The Batman in 2022. Robert Pattinson is in the main role as Batman.

Twin Brothers Max Carver and Charlie Carver to appear in the mysterious role in the movie The Batman in 2022. Robert Pattinson is in the main role as Batman. 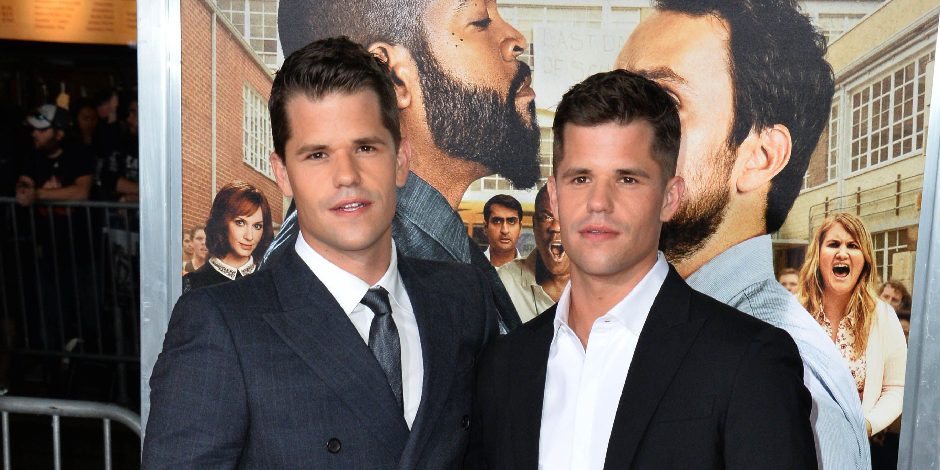 Max Carver and Charlie Carver are identical twin brothers who have introduced themselves as popular and successful twin brothers. They starred together in several hit series, including “Desperate Housewives”, “Teen Wolf”, “The Leftovers”, and more.

Both Max and Chalie have become able to gain more attention from people because of their charming and talents. They received many favorable feedbacks from people as they gave the best performance on their played movies and series. Likewise, they also played roles in several films and series separately.

Check out the latest updates on Max Carver

According to many sites, it came to know that Max Carver and Charlie will play the roles in the movie “The Batman” along with Robert Pattinson. Many people are desperately waiting for the movie, where one of the popular and good-looking actors, Robert Pattinson, will be playing the Batman role.

What roles Max Carver and Charlie Carver are playing?

Many people are excited to see Robert Pattinson in the Batman looks in the movie “The Batman”. Later, people heard about the rumors that Max Carver and Charlie Carver will also portray roles in the film.

After 2018, the twin brothers will share the screen in this movie. However, as many people doubt the rumors, they were waiting for the film’s cast list. Later, it confirmed that the twin brothers would be cast in “The Batman”, but their roles are still a mystery for his fans and followers.

The roles they will play in the movie still have a question mark as they wanted to keep it as suspense, making their fans more curious about the film. People are guessing many roles that they can play, but the whole team has not confirmed their roles yet.

“The Batman” movie is an American superhero movie based on DC Comics. The movie will release on 4 March 2022, which Matt Reeves directed and Peter and Matt wrote. Likewise, Matt Reeves and Dylan Clark produced the movie.

In this movie, many famous stars will star in various roles. The main role Batman will play by Robert Pattinson, an English actor. Likewise, actress Zoe Kravitz will see playing the roles of Catwoman. Further, many cast will play the movie’s roles, including Paul Bano, Jeffrey Wright, John Turturro, Andy Serkis, Collin Farrell, and more.

Likewise, Max Carver and Charlie Carver’s roles still have a question mark. Many fans around the world are questioning the star’s roles and are eagerly waiting to see them in the movies.

Check out the lates updates on Andy Serkis

He gave his notable performance in several movies and series, including “Harry Potter and the Goblet of Fire”, “The Twilight Saga”, “Remember Me”, and more. Here, Robert will play Batman’s roles, and his looks as a Batman have created gossip, and many people liked his Batman looks.

Many people tweets about Batman’s new looks and they were also comparing Batman’s looks with Daredevil’s looks. Fans tweets about: