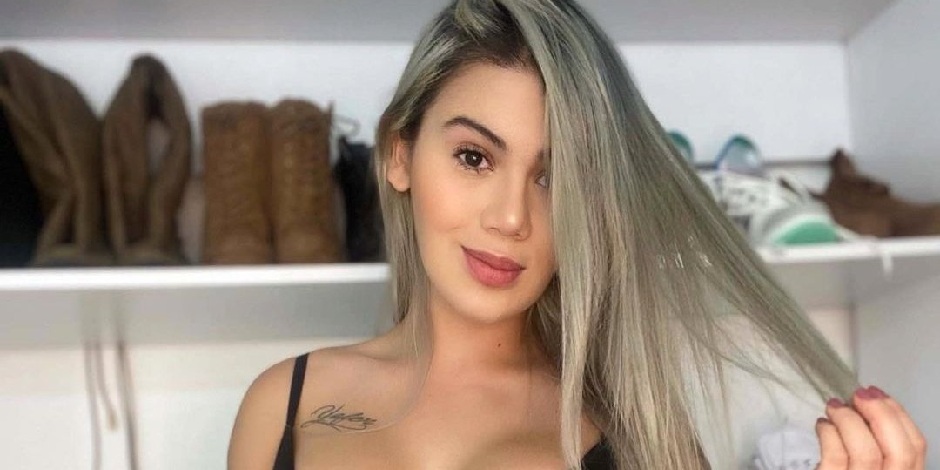 Where was Cinitia born and raised?

Cintia Cossio was born on 24th October 1996 in Medellin, Columbia, South America. She hasn’t disclosed further information regarding her family and childhood yet but she has a younger brother named Yeferson Cossio who is a tattoo artist and also a popular social media personality like Cintia herself. We can see several pictures of them together on their Facebook page.

Cossio has Columbian nationality and white ethnicity. She speaks Spanish. Cintia has Scorpio as her birth sign.

Cintia Cossio hasn’t disclosed any information about her educational background. We believe, she has completed her high school in her hometown.

Who is Cossio in a relationship with?

Cintia Cossio is currently in a relationship with a video creator as well as a social media star, Jhoan Lopez. The couple has been together for a while now and we can see their romantic relationship in his Tik Tok. We don’t know yet either the couple is married or not but Cintia and Jhoan have been living together for a while now. Johan also posted a video of his son who seems to be 5 or 6 years old.

Cossio currently resides in Columbia but is always traveling with her boyfriend and brother. Cintia enjoys trying on new things which include bungee jumping, trying out new foods, cosplaying, beach vacations, and many more.

How did Cossio become famous?

Cintia Cossio is active on almost every social media platform. She started her career through social media. Photography and using social media are some of the favorite things to do for Cintia. She has attracted millions of followers through her attractive pictures and videos.

“I really like the sexual thing, I like to transmit to the others the excitement that I feel when touching me.”

Cossio has blonde hair which she prefers to dye in red, black, purple, grey, and many more. She stands 5 feet 4 inches tall and she has black eyes. Cintia has a straight sexual orientation. She has tattooed on several parts of her body.

She turned 25 years old in October 2021. She is a beautiful woman in her prime age. She is a model and hence taking care of her physical appearance comes as her first priority. Cintia has a guitar-shaped body and she loves to show off her body on social media.

What is Cossio’s Current Net Worth?

Cintia has an estimated net worth of over $5 million as of 2021. She has started endorsing several sports drinks and lingerie brands following her success on social media platforms. Her main source of earnings comes through the OnlyFans account which requires a subscription to log in.

She has over 133.9 thousand subscribers which means, she has thousands of fans paying to view her content. Cintia is living a luxurious lifestyle covering herself with branded clothes and expensive jewelry.