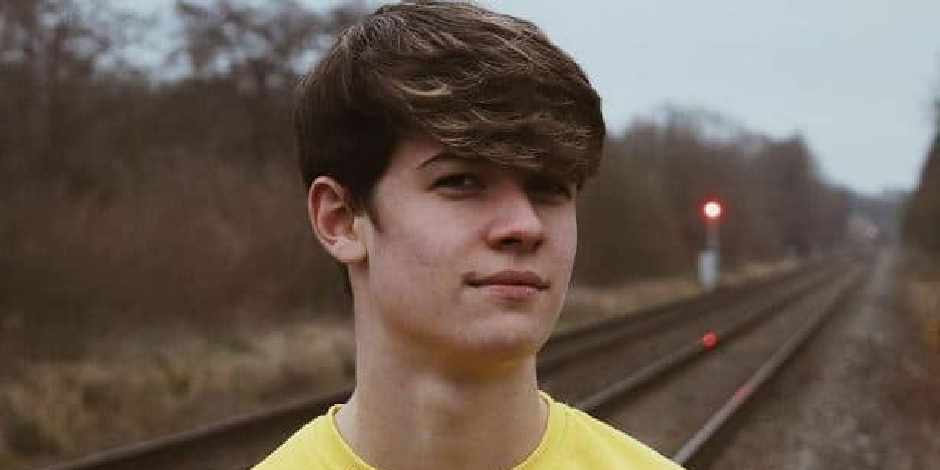 Harvey Mills is a British singer and social media personality well-known as one of the twins of the popular duo, Max and Harvey.

Along with his twin brother, Max Mills, Harvey gained fame through their cover videos and Tik Tok content. Their fame peaked up when they scored the second position in 2019 The X Factor: Celebrity.

Where was Harvey born and raised?

Harvey Mills was born on 31st December 2002 as Harvey Kitt Mills. He is the son of Paul Mills and Sara Mills. Harvey was born and raised in Sandhurst, Berkshire, England with his twin brother, Max Luca Mills who was born on the same day with few minutes apart. Harvey further has two more siblings namely Leo and Tilly Mills.

Harvey has British nationality and white ethnicity. We can say that he had a great childhood. He has been singing since an early age along with his twin brother. Harvey was born under the star sign, Capricorn.

Mills is a high school graduate. He attended Yateley School in Yateley, United Kingdom. He hasn’t disclosed further information regarding his further education but he is believed to be taking online classes.

How did Mills become famous?

They also started appearing live in YouNow and streamed those videos on their YouTube channel. They further started making Tik Tok videos and have now gained over 6.4 million followers. Their Tik Tok page can be connected through @maxandharveyofficial.

Harvey also competed in The X Factor: Celebrity and made it in second place. In 2016, Harvey and Max released their first single, “One More Day in Love.” They further released “Stranger,” “In My DNA,” “Lonely,” and several more songs.

In 2020, they started a podcast in Spotify called “School Daze with Max & Harvey.” Harvey and his twin brother has been awarded Radio Disney Music Awards and iHeartRadio Music Awards in 2018 as a social star and social music artist.

Harvey Mills has been in a relationship since January 2021 which he declared on his Facebook page. He hasn’t yet disclosed the name of his girlfriend nor posted any pictures but he is not single, unfortunately.

Some of Mills’ hobbies include playing drum, guitar and he also enjoys spending time with his friends. He also owns a cat named PINGU as well as a pet dog. He currently resides in London with his family.

Mills is currently 18 years old turning 19 in December 2021. He will be in his final teen years next year and Harvey has already stolen the heart of thousands of people all over the world. He is a handsome young man standing 5 feet 10 inches tall, about 178 cm, and weighs 55 kg or 174lbs.

Harvey Mills has a net worth of over $500 thousand as of 2021. He also shares his net worth with his twin brother. They make their earnings through their YouTube channel, podcasts, concerts, and marches’. Harvey is living a successful life along with his twin brother and they are leading a luxurious lifestyle.