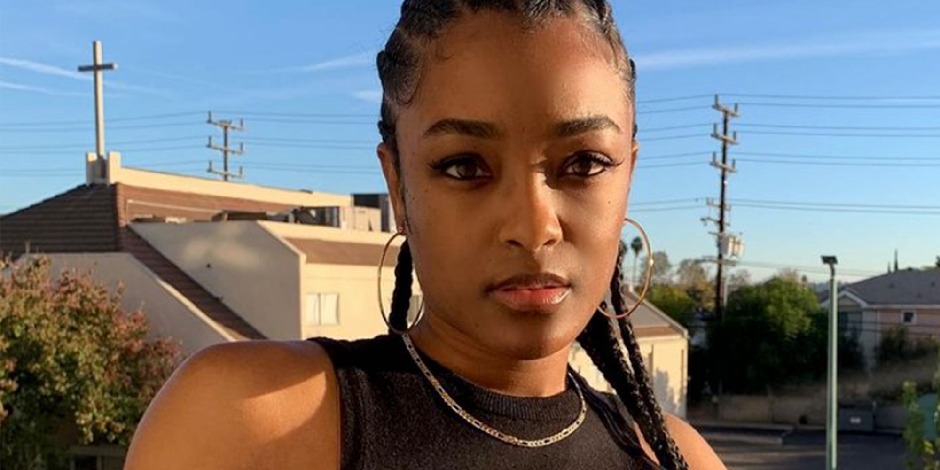 LaToya Tonodeo is an American actress who is recognized for her work in Crime Drama Power Book II: Ghost  (2020) as Diana Tejada.

What is Latoya’s parent’s nationality and her ethnicity?

LaToya Tonodeo was born on the 23rd of April, 1997 in Los Angeles, California USA. Her ancestors are of African American nationality. That’s the reason why she is of black ethnicity. LaToya holds an American citizenship card.  LaToya started showing interest in movies from a very young age.

After she recognized the way she should be moving, she then started working for herself to make her career better. She has not revealed anything about her academic studies but during her school days, she used to show interest in singing and dancing. As soon as she completed her studies, she ventured into the acting field.

LaToya revealed her childhood was a little different from other white kids as LaToya used to be bullied for her looks and physique. She used to be treated unfairly sometimes compared with white kids. So as she is grown up now, she is totally against all of the discrimination things.

How did Tonodeo start her Career?

LaToya Tonodeo debuted in this industry in 2009 from the movie Becoming Pony Boi. This movie is from the comedy genre. This story of this movie was about a comedic journey of a superstar anyone had never heard about. She was sketching the character of the party girl in this movie directed by Sergio Myers. This movie was a career starter for LaToya.

LaToya got a pace in her career after 2020 when she portrayed the role of Diana Tejada opposite actors like Shane Johnson, Gianni Paolo, Michael Rainey Jr, and Daniel Bellomy newcomer star in the film Power Book II: Ghost.  Diana Tejada was the sister of one of the main characters Dru and Cane who was also involved in the drugs business along with the love interest of Tariq. This series was officially released on September 6 of 2020 in the Starz network while its trailer was released on August 4 of 2020.

Till now, LaToya Tonodeo has been part of 2 television series: The Oath (2018-2019) and Power Book II: Ghost (2020-2021). The Oath is of Crime, Drama genre which was created by Joe Halpin. In this series, LaToya played the character of Tara Byrd for 5 episodes.

Power Book II: Ghost was a great turnover for her career.  She appeared for 10 episodes in the character of Diana Tejada in this Crime, Drama series. This hardworking actress got her reward through the Independent Shorts Awards for Honourable Mention in the year 2019 for the movie Last Straw (2015).

LaToya Tonodeo is not single anymore. This beautiful actress is in a relationship with Belizean actor Arlen Escarpeta. They share their cute pictures on the internet which surely ship us for them. This couple was together since 2014.

This 23-year-old actress with a pear body shape stands 1.6 m or 160 cm tall with a corresponding weight of 56 kgs.  Her body measurements range from 34-26-35 inches. She has got a very beautiful face with a dark skin tone, black hair, and black eye color.

Apart from being a role model, LaToya Tonodeo is also a social media star. She uses Instagram and Twitter and her both accounts are already verified. Her Instagram username is @toyofficial and she has 250 thousand followers, 920 following and 140 posts In May 2021. Talking about her Twitter account, her username on Twitter is @Toyofficial and has 8500+ followers and 170+ followings.

LaToya Tonodeo’s hard work has really paid her back. Be it fame or awards or money, she has always got a good back payment from her work. This beautiful actress has an estimated net worth of 200 thousand dollars.