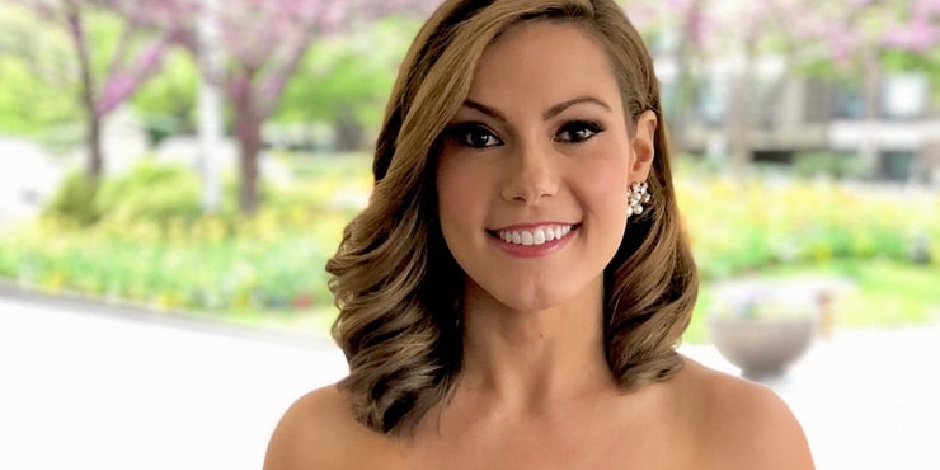 Lisa Marie Boothe is a former American Fox News Channel contributor and founder of the Public Relations and Communications firm, High Noon Strategies. She is famous for her beautiful smile and perfect teeth.

Where was Lisa born and raised?

Lisa Marie Boothe was born on 3rd February 1985 and was raised in West Virginia, United States. She is the daughter of American parents Jeffrey Ferris Boothe and Dianne Marie Boothe. Lisa grew up with her three brothers Ryan, James, and Michael Boothe.

Boothe grew up in a wealthy family where her father, Jeffrey, was a lobbyist. He used to work for a Congressional party, and thus, Lisa’s family moved to Clifton, where they settled down there. She has an American nationality and white ethnicity. Her birth sign is Aquarius.

Lisa Marie Boothe is a professional in her field. Seems like Lisa gained interest in political matters from her father. She completed her B.A. in political science and government in 2007 from the University of Tennessee. In addition, she finished high school in her hometown.

How did Lisa start her career?

After graduating from the University of Tennessee in 2007, Lisa Marie Boothe worked for the U.S. House of Representatives as a staff assistant for one year and seven months. She next worked for National Republican Congressional Committee as assistant press secretary. She left her assistant work in 2011 and started working as Communications Director for Sandy Adams for Congress and Tommy Thompson for U.S. Senate.

In 2011, Marie Boothe returned to the U.S. House of Representatives as a Communications Director, where she worked till 2013. She then moved to Alexander, Virginia, to work in Black Rock Group as Senior Director for a year. Lisa further worked for WPA Research. She started working as a Contributor for Washington Examiner and Fox News Channel in 2016. The same year, she founded High Noon Strategies.

As of 2021, Lisa Marie Boothe has left her career as a contributor on Fox News Channel, making her famous. She is currently hosting her podcast called The Truth with Lisa Boothe.

What is the relationship status of Boothe?

Lisa Marie Boothe isn’t married, neither has she planned on settling down yet. She doesn’t have any children. However, Lisa is currently in a relationship with John Bourbonia Cummins. The couple first met each other in 2015. Lisa has been together with John for more than five years now, and yet she hasn’t disclosed much information about her love life. She currently lives with her boyfriend in Washington, D.C.

Talking about Lisa Marie Boothe’s interest, she has an open personality. She enjoys spending her free time with her friends and family. She also loves to share her good times on social media. She loves political talks and is a great supporter of the former president, Donald Trump.

Lisa Marie Boothe turned 36 years old in February 2021. She possesses brown hair brown eyes and is well-known for her charming and beautiful smile. People often talk about her perfect teeth, and surprisingly, it’s her natural teeth. Lisa stands 5 feet 2 inches tall which is about 1.57 meters, and weighs 55 kg.

What is Boothe’s current net worth?

Lisa Marie Boothe is considered one of the popular commentators of the United States. She is professional and perfect in what she does. She has an estimated net worth of $10 million as of 2021, and her salary is estimated to be about $1.5 million.

Lisa is living a successful and luxurious life in the capital of the United States. She owns a cozy house where she resides with her pet dog, Bella Bean.