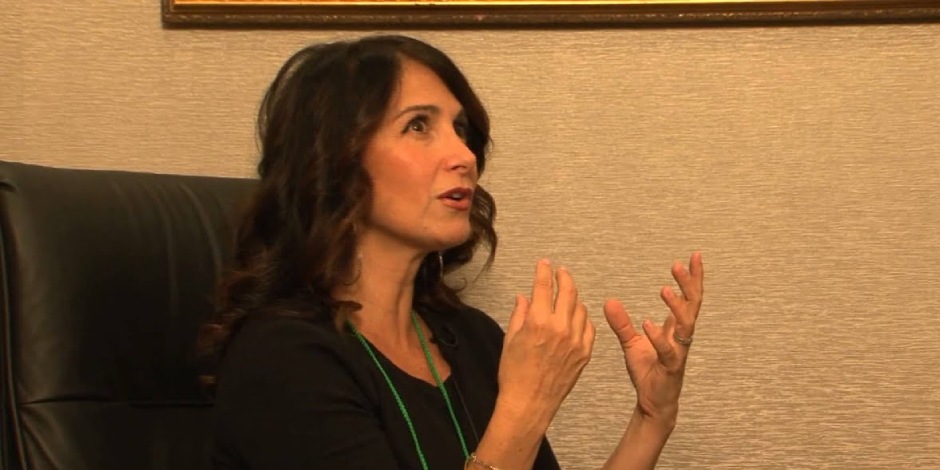 Melissa Fahn is a well-known American voice actress and singer who is popularly known for providing her voice in “Invader” and “Hello Kitty’s Paradise”. She has been seen working actively in her career since the year 1985.

Melissa Fahn, whose real name is Melissa I. Fahn was born on 28 April 1967 in New York. Her father is a jazz drummer who influenced and helped her in learning singing, acting, and dancing. She has three siblings and among them, she is the youngest one. Her brother Michael Fahn is a musician where Tom Fahn and Jonathan Fahn are also known as voice actors and stage actors. Currently, she is 53 years old and her zodiac sign is Taurus.

Melissa Fahn holds an American nationality and her ethnicity is unknown.

Where did Fahn go to University?

When she was just three years old, she was seen performing dancing. Later, she went to attend California State University where she took a major in dancing but she left because of her work and theater.

How did Melissa Fahn start her career?

She was also seen working as a voice actor in the animated series “The Ren & Stimpy Show” in 1991. Further, she also voiced in series like “Cowboy Bebop” and “The Wild Thornberrys”.

In 2001, she also voiced over the character Gaz Membrane in the American animated science fiction dark comedy television series “Invader Zim”. Further, she provided her voice in several animated movies and series which include “Gormiti”, “Zentrix” and many more. From 2020, Melissa Fahn was seen providing her voice over the character Duusu in the animated series “Miraculous: Tales of Ladybug & Cat Noir”. Fahn was seen providing her voice in English dubbing anime movies and series “Guyer OVAs”, “Moldiver”, “Tokyo Revelation” and many more.

She was also seen appearing in the play “Wicked” in 2003.

She was cast as a Student in Black in the series “Beverly Hills 90210” in 1993. Later, she was also seen appearing as Stephanie in the American sitcom television series “Head of the Class” and also seen cast in several movies and series.

She was also seen providing her voice as Tia in the Japanese Manga series “Zatch Bell!” in 2005. In the following year, she was also cast as a voice actor in the anime series “Noein”. After that, in 2013, she was also provided her voice as Neptune in the video games “Hyperdimension Neptunia: The Animation”. Later, in 2015, she also voiced over the character Rider in “Fate/ stay night: Unlimited Blade Works”. Furthermore, she also voiced Himawari Uzumaki in the series “Boruto: Naruto Next Generations”. In 2019, she was also voicing over the series “Fate/ Grand Oder- Absolute Demonic Battlefront: Babylonia”.

Fahn got married to Joel Alpers in 2002 and gave birth to their child and named Jude Fahn Alpers.

Melissa Fahn is an active, talented, and hard-working voice actress who has been seen providing her voice in movies and series in her career has an estimated net worth of $1 million.