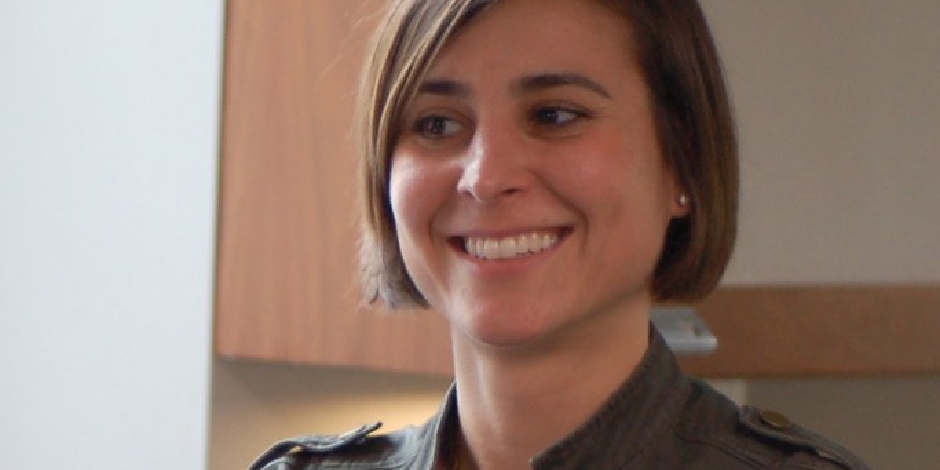 She is well-known for being the wife of an American editor, publisher, and tv personality, Christopher Kimball.

Melissa Lee Baldino was born in 1976 in Brussels, Belgium. She is the daughter of Jim J. Baldino and Rike Fossl Baldino. Born and raised in Belgium, Baldino has Belgian and mixed ethnicity with her father, originally from Portland. She has both Belgian as well as American nationality since she resides in the United States. She has a sister named Jennifer Baldino Cox.

Baldino has also lived in London, United Kingdom, and Paris, France, before finally settling down permanently in the United States.

Melissa Lee Baldino attended the International School of Brussels. She then moved to Boston, Massachusetts, where she joined Boston University, completing her Bachelor in English and Psychology.

How did Baldino start her career?

Working for America’s Test Kitchen, Melissa Lee Baldino was nominated for the Daytime Emmy Awards 4 times. In 2015, she co-founded Kimball’s Milk Street with her husband, where she herself worked as a Media Director. She has been working there till today.

When did Melissa marry Christopher Kimball?

Melissa Lee Baldino found love in the midst of her career. She has never mentioned her love life before meeting Christopher Kimball. When she met Christopher, he was already in his second marriage and was on the verge of divorce. In addition, he already had a son and three daughters.

Melissa Baldino and Christopher Kimball first met each other during a job interview in 2002. The couple never thought about falling in love with each other; however, both reclaimed that it was a surprise for them to fall in love. Christopher Kimball divorced his second wife in December 2012, but she proposed to him in January 2011. Despite the 25 years of age difference, the couple didn’t let other people’s opinion tear their relationship down.

Regarding their age differences, Christopher commented, “Others may have concerns, but we don’t. I’m in love with someone who sees the same potential in the universe as I do.” during an interview with NY Times.

The couple tied their knot in an intimate ceremony at Memorial Church in Cambridge, Mass, on 30th June 2013. As of 2021, the couple has been blessed with a son named Oliver, born in 2017, and a daughter named Rike in 2019. They reside in Cambridge, Massachusetts.

Melissa Lee Baldino turned 45 years old as of 2022. She is a beautiful woman possessing brown eyes and brown hair. She prefers to keep her hair short. She has a slim body build and average height. She is a mother to two beautiful children, yet she has maintained her body quite well.

Melissa Lee Baldino has an estimated net worth of $500 thousand as of 2021. She makes her earnings solely through her television show. As for her husband, Christopher Kimball has a net worth of $20 million. The couple has been living a luxurious yet simple lifestyle.