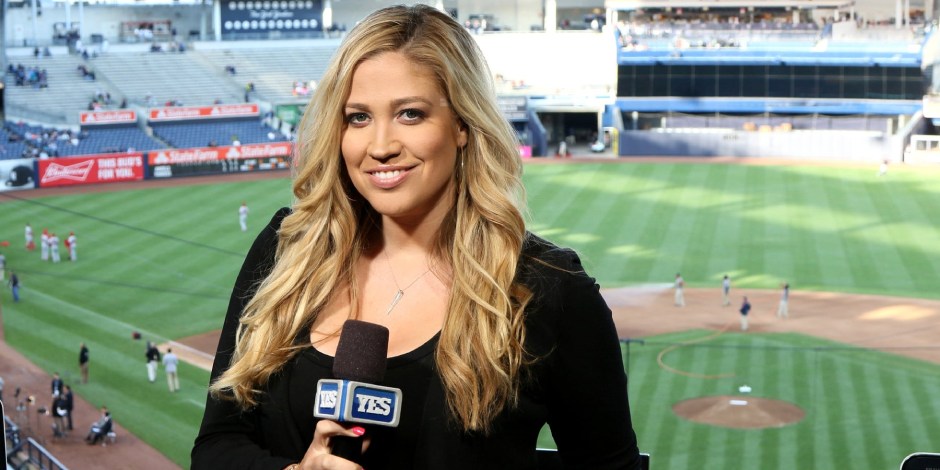 Where was Meredith born and raised?

Meredith Marakovits was born on 22nd July 1983 in the borough of Pennsylvania called Walnutport, United States. She has the nationality American and white ethnicity. She is the daughter of Sara and Dan Marakovits and she has 2 brothers whose names she hasn’t disclosed yet. She has the sun sign, Cancer. Her father was also a baseball player and she herself was an athlete during her early years. She grew up playing volleyball.

Where did Marakovits go to College?

Meredith Marakovits was educated in Philadelphia where she graduated from La Salle University. She attended the university with a scholarship in volleyball where she used to play in NCAA Division, I graduating in 2005. As for her high school, she graduated from Central Catholic High School.

How did Meredith start her Career?

Meredith Marakovits started her career as a host for a Minor League Baseball team called Lehigh Valley IronPigs. She used to host in the channel in a small television network of Allentown, Pennsylvania. She further worked in several other broadcasts for several other sports like college basketball, indoor and college footballs, and finally baseball.

Starting the year 2010, Marakovits started covering the news for New York Yankees. She has worked for several other networks like SportsNet New York (SNY), 76ers, WFAN (660 AM), 97.5 The Fanatic/950 ESPN Radio, Comcast Sports Net New England, and several other networks. She has served as a reporter for the teams like Philadelphia Phillies, Philadelphia 76ers, and others.

In 2010, Meredith Marakovits moved to New York where she succeeded the New York City-based sports reporter, Kimberly Alicia Jones best known as Kim Jones. Starting the 2012 season of YES Network, Marakovits started working as a clubhouse reporter. As of 2021, she is still doing amazing work in YES Network and has garnered fame.

Marakovits currently seem to be busy with her career. She isn’t married hence she doesn’t have a husband nor she has any children of her own yet. Looking at her social media account, she doesn’t seem to have any boyfriends yet.

Apart from her love life, Marakovits seem to spend most of her leisure time fishing. Her Instagram account is filled with photos of her fishing different kinds of fish. She also loves traveling and spending time with her family as well. She is also close with her work crews and we can see her enjoying her professional work life.

Marakovits is 37 years old and turning 38 in July of 2021. She has an hourglass body measuring 33-25-36 inches. She is 5 feet 11 inches tall and 1.8 in meters. She weighs about 64 kg or 141 lbs. She possesses blonde hair and blue eyes. Her sexual orientation is probably straight as she hasn’t mentioned anything regarding her sexuality furthermore there has been no record of her past relationships.

What is the current net worth of Meredith?

Marakovits has an estimated net worth of over 1.5 million dollars up to 2 million dollars as of 2021. She earns about 28 thousand dollars monthly and she makes sure she spends her life luxuriously with her earnings. She is quite fashionable and we can see her spending a decent amount on her looks and dress.