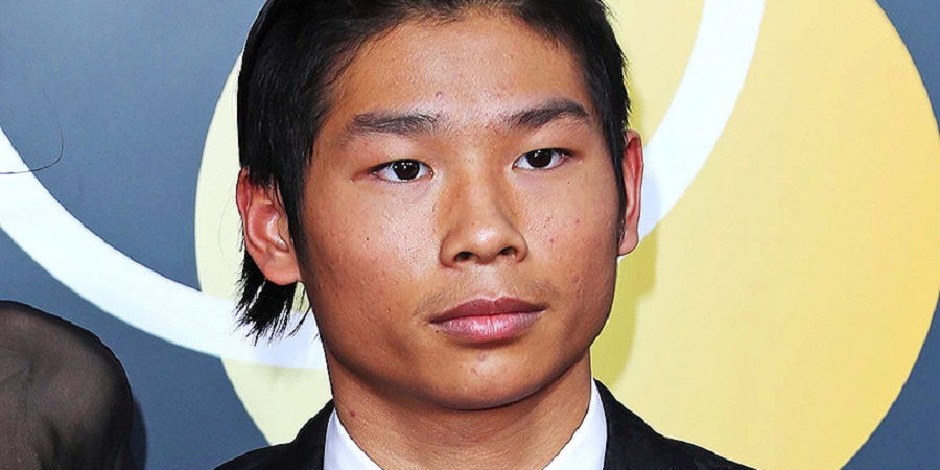 Pax Thien Jolie-Pitt is famous for being the son of popular and successful American actress, filmmaker, and humanitarian Angelina Jolie and a father, Brad Pitt who is an American actor and film producer.

Pax Thien Jolie-Pitt was born on 29 November 2003 in Ho Chi Minh City, Southeast, Vietnam as a son of a mother, Pham Thu Dung who is drug-addicted. Later, he was adopted as a child of popular and successful celebrity Angelina Jolie in 2007 and then by Brad Pitt in 2008. Currently, he is at the age of 17 and his zodiac sign is Sagittarius.

Jolie-Pitt holds both American and Vietnamese nationality and belongs to the Asian ethnicity.

Earlier, Pax Thien Jolie-Pitt had been abandoned by his biological mother so that he had a sad childhood memory because of his mother. He did not get any love and care from his mother where he was abandoned after the two days of his birth so that, the caretaker whose name is Bui Thi Thanh took him to “Tam Binh Orphan Center”.

Later, he became very lucky as he was adopted by popular American actress, filmmaker, and humanitarian Angelina Jolie. After becoming the son of Angelina, he created his wonderful childhood and he became able to receive all the love and support from his mother Angelina and father Brad Pitt. He has five siblings and they are Knox, Maddox, Shiloh, Vivienne, and Zahara.

About his education, he did not go to school as he was homeschooled by his parents. Currently, he is focusing on his study and career too.

How did Pax start his Career?

Pax Thien started his career after he had been cast in the movie “Maleficent” in 2014 where he shared the screen with his mother Angelina. After that, he was seen proving the voice over the character Yoo in the movie “Kung Fu Panda” alongside Seth Rogen and Simon Helberg in 2016 where Angelina also provided her voice.

Besides this, he became able to earn more fame and popularity for being the son of popular American actress, filmmaker, and humanitarian Angelina Jolie and a father, Brat Pitt who is an American actor and film producer.

Pax Thien Jolie-Pitt is still young to be in a relationship so that currently, he is enjoying his life with his family and seen focusing on his career. Likewise, to talk about his parents Angelina Jolie and Brad Pitt, they got married in 2014 and are known as the most beautiful and stunning couple. Later, they both decided to live separately, so that they separated in 2019.

Check out for Angelina Jolie

To talk about Pax Thien Jolie-Pitt’s physical statistics, he has a height of 5 feet 4 inches (162.5 cm) and a weight of 59 kg or 130 lbs. Besides this, he has got good looking face and body with black hair with dark brown eyes. His sexual orientation is straight.

What is the Current Net Worth of Jolie-Pitt?

A young, good-looking, and talented Pax Thien Jolie-Pitt is famous for being the son of popular celebrities like Angelina Jolie and Brad Pitt. He is also following the steps of his father and mother and also getting success in his career but his net worth has been kept secret where his mother Angelina has an estimated net worth of $160 million and his father, Brad Pitt has an estimated net worth of $300 million.