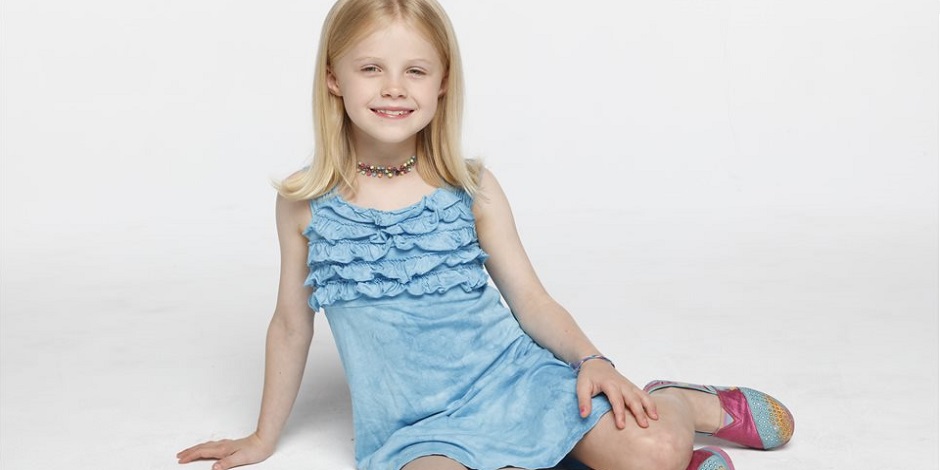 Alyla Browne is a famous Australian model and child actor who has acted in the movie Children of the corn and the series “Mr. Inbetween.”

Where was Alyla born and raised?

Alyla Browne was born in Australia. Alyla traveled from Sydney to Los Angeles at the age of six weeks to assist her father in establishing the world’s largest plastic bottle recycling factory.

She watched her elder sisters enjoy learning acting in acting school at the Beverly Hills Playhouse for a couple of years, but she was too young to participate. Unfortunately, we couldn’t find information relating to her birthdate or the name of her parents. We will update it when more information becomes available.

Alyla is a strong, athletic girl who enjoys trying new things. She is a gymnast, acrobat, and dancer (jazz and ballet) who is athletic, powerful, and flexible. She’s been riding horses and skiing since she was three years old. She has caucasian ethnicity. we don’t have any information regarding her education as well, most probably like other child actors; she’s homeschooled too.

You might also want to read about Liam Hemsworth.

How did Browne start her Career?

Seeing her older sisters acting had sparked her interest in acting when she was really young. So, when she returned to Australia at the age of six, she started her career as a commercial actress. She has since starred in various TV commercials and just made her television debut as Maddy in the critically acclaimed ‘Mr. Inbetween2‘ which was directed by Director Nash Edgerton.

Alyla made her big-screen debut in 2020 as the lead in Matt Drummond’s film “Don’t Go Below,” which was followed by her part as Angela Pratt in Kurt Wimmer’s “Children Of The Corn.” As the younger version of the lead character in the Stan Original Series “Eden, This “Children of the Corn ” movie is the eleventh installment of the  “Children of the Corn” series.

Recently, the Australian TV drama EDEN, where alyla has acted ins a supporting role, was released. A supporting part in 9 Perfect Strangers is among her upcoming assignments. She also recently collaborated on “Three Thousand Years of Longing” with George Miller. She is really confident and mature for her age, taking direction effectively and handling a long day on set with professionalism and enthusiasm. She has been involved in modeling too.

Is she related to Ethan Browne from Home and away?

Since they’re both actors and share the same surname, many people confuse Ethan Browne and Alyla Browne as relatives. But they’re not. Ethan Browne is a 45-year-old actor from New Zealand.

Ethan Browne gained popularity portraying Tane Parata in Home and away. That was his first acting credit. He joined the Home and away cast at the beginning of 2020.

Alyla Browne is a child actress. She stands at 4 feet 4 inches(133 cm), with a weight of about 88 lbs. Her body measurements are 29-20-29. She has a fair skin tone with blue eyes and blonde hair. She has straight medium length hair.

Alyla Browne is active on Instagram, where she has about 400 followers. Alyla shares pictures with her cast members and photos of her enjoying nature. We can see from the photos how she’s a charismatic, cheerful, and goofy kid. We hope she continues to stay a carefree kid.

What is Alyla Browne’s Net worth?

We don’t have any information regarding her actual net worth yet. But, on average, child models can earn upwards of $20,000 a year.

The money child actors and models earn in Australia are sometimes even more than what adults earn.  As Alyla has indulged in acting and modeling, we can assume that she has earned a lot for her age. We’ll update information regarding her net worth when it becomes available.