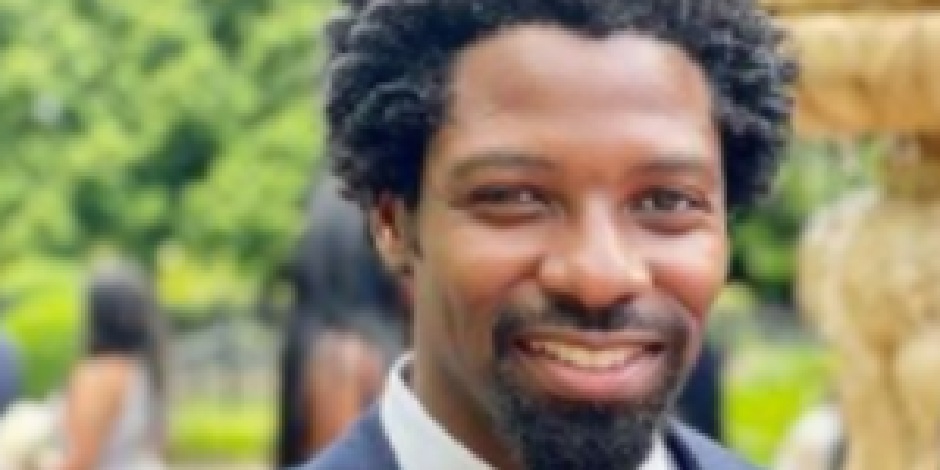 Uche Ojeh is the husband of famous American journalist, Sheinelle Jones. She is currently serving as correspondent and news anchor for NBC News and as a co-host for the American morning talk show, Today.

Where was Uche born and raised?

Ojeh was born on 4th February 1980 to his Nigerian parents whose name is still a mystery to us. He was raised in Illinois, Pennsylvania, United States, and has American citizenship. He has black ethnicity and American nationality. Uche has Aquarius as his birth sign. Ojeh grew up with his two siblings, Emeka Ojeh and Ada Ojeh. Further information about his childhood hasn’t been disclosed in public yet.

Ojeh turned 41 years old in February 2021. He is 2 years younger than his wife, Sheinelle Jones. He has black afro hair and black eyes. He prefers to keep his beard well-trimmed and stylish. Uche further has a tall and slim body build. Detailed information about physical measurements is still enclosed from public knowledge.

Ojeh graduated from Northwestern University in Evanston, Illinois with a Bachelor’s degree in Computer Science and Economic Concentration. He probably completed his high school in his hometown.

Uche Ojeh started his professional career as a consultant in 2001. He worked for IBM for 4 years and moved to Washington D.C. where he worked for Accenture. After working for 3 years, Uche joined UAO Consulting in New York in 2008. He has been working as a managing partner for the company till today.

Ojeh’s wife, Sheinelle was working as a co-anchor on Today before her maternity leave. Sheinelle badly fell down from the stairs with her daughter, Clara in her arm. Thankfully, nothing happened to her daughter but Sheinelle was left with a bad bruise on her back.

More About His Wife

Uche’s wife, Sheinelle Jones was born on 19th April 1978 in Philadelphia. She is the daughter of Senior United States district judge of United States District Court, C. Darnell Jones II. Sheinelle graduated from the University of Illinois and started her journalist career at WICS. Since then, she has worked for KOKI-TV, WTXF-TV, and finally to NBC News.

Unfortunately,Ojeh is not a social media user. He does not have a presence on any social media platforms like Instagram, Facebook, or Twitter. Luckily, we can see several pictures of him and his personal life on Sheinelle’s Instagram page. Uche’s wife, Sheneille has over 348 thousand followers on her Instagram where she can be connected by @sheneille_o.

What is Ojeh’s Current net worth?

Uche and his wife currently reside in New York City with their three children. Despite being a resident of the United States for a long time now, the couple still respects their ancestors. They still maintain their Jamaican roots. Both of them has been actively maintaining their professional career and living busy lifestyle.