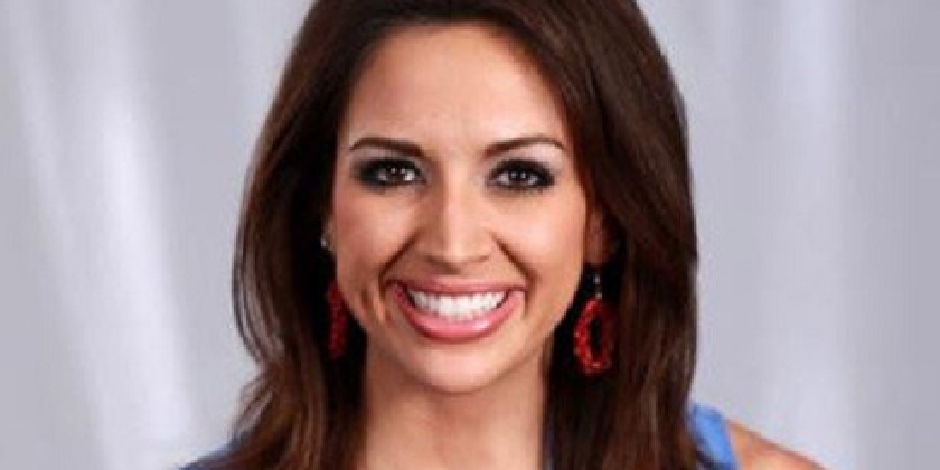 Kristi Capel is an American television newscaster and Emmy Award-winning anchor well-known for her work for Fox 8 News in the Morning network as a co-anchor.

Where was Kristi born and raised?

Kristi Capel was born on 7th July 1983 in a city in Kentucky called Florence, United States. Her birth name is Kristi Marie Capel and she was born under the star sign, Cancer. She hasn’t mentioned anything regarding her family except for one time when her younger brother visited her all the way from Kentucky.

Capel grew up in Springfield, Missouri as her family moved there shortly after her birth. Kristi holds American nationality and white ethnicity.

Kristi Capel was educated at Heritage Academy in Missouri. After graduating from high school in 18, she joined Evangel University in Springfield, Missouri gaining a scholarship in volleyball. At the age of 22, she graduated with a Bachelor’s degree in Broadcasting and Public Relations in 2005.

How did Kristi start her Career?

Capel started her career in a beauty pageant. She reached in top 15 of Miss Kentucky USA in 2004. Growing up in Missouri, she participated in the 2005 Miss Missouri USA which she successfully won the crown. In 2006, she participated in a bigger platform, Miss USA 2006 representing Missouri unfortunately, she could not earn the place in the competition.

After graduating from university, she started her professional career as a television reporter. Her first work was in KSPR Springfield 33 news where she served as a co-anchor as well as weekend weather anchor. She also worked in several radio channels as a radio personality side by side.

After working in several other networks like WBRE-TV and WJW (TV), she landed her permanent job as a co-anchor for the FOX 8 News Morning in 2012. While working on Fox 8 News Morning, she rose to controversy for using the offensive word, “jigaboo” to Lady Gaga’s performance. However, she soon apologized for using such a word without knowing its meaning. As of 2021, she is still serving in the network and also earned Emmy Award for her work as an anchor.

Kristi Capel is 37 years old turning 38 in July 2021. As a former Miss Missouri, she knows the way to take care of her body. Despite being the mother of 3, she has a slim and tall body proportion possessing banana shape figure. She is 5 feet 10 inches tall and possesses dark brown hair and eyes. Her bright and wide smile is probably one of her distinctive features.

Who is Capet married to?

Kristi Capel is a married woman. She tied her knot to Hal and the couple has 3 beautiful children together. There has been no rumor of her past relationship other than Hal. She gave birth to her first daughter named Kyndal and a son named Duke Edward. In November 2020, she gave birth to her second daughter, Kapri Victoria.

Check out the latest updates on Journalist Amy Andrews

What is the current net worth of Capel?

Kristi Capel has an estimated net worth of 1 million dollars as of 2021. She makes about 53 thousand dollars salary annually as an anchor and co-host in the FOX 8 network. Her main source of earnings comes from her career as an anchor and host. She is living a luxurious life and owns her own house somewhere in Cleveland.