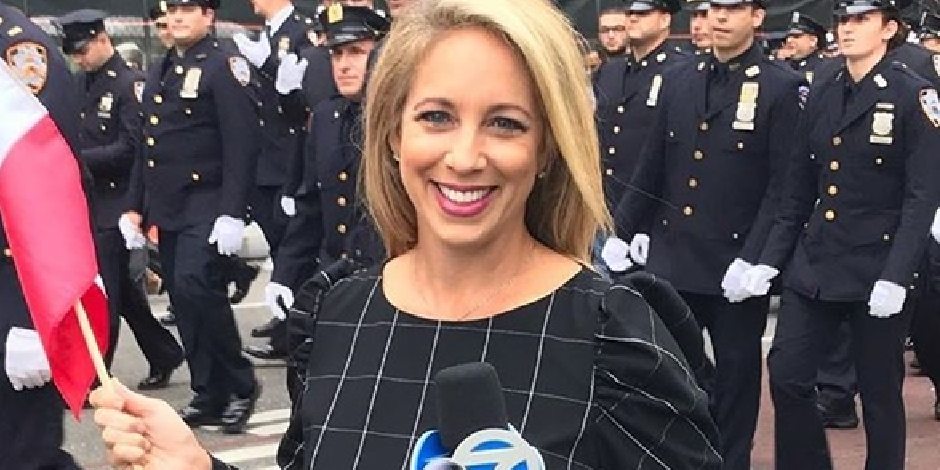 Lauren Glassberg is an American professional journalist currently serving in the Eyewitness News of WABC-TV. As a substitute co-anchor, she has occasionally anchored alongside Bill Ritter and Joe Torres.

Lauren Glassberg was born on 2nd June 1970 in New York, New York, United States. She is the eldest among her two brothers Andrew Glassberg and Lawrence Cooper. She was born and raised by American parents Kenneth and Michelle Glassberg. Therefore, Lauren has American nationality and white ethnicity. Her horoscope is Gemini. She hasn’t disclosed further information about her sibling and childhood.

Lauren Glassberg is an educated woman. She has always been a city girl, and she completed her high school at Spence School in New York. Lauren later graduated with a degree in journalism from Medill School of Journalism, a school of Northwestern University.

How did Glassberg start her Career?

Lauren Glassberg is a successful woman. She has gained fame through her fantastic performance as a journalist at WABC TV. Like everyone else, Lauren started her journalism career at a small independent station in Ohio after her graduation. However, her first job as a newspaper writing before graduating from University marks her best performance. Lauren wrote for the “Main Street Wire” and covered the 1990s political controversy called the “Whitewater scandal” after moving to Arkansas.

After working there for a while, she started hosting Good Day Minneapolis, a morning program affiliated with Fox Affiliation. Right after Lauren Glassberg’s work at Good Day Minneapolis, she landed the position at WABC TV. She has also started her segment called “Neighborhood Eats.” Lauren visits several restaurants in New York and provides information about the food to her viewers in the piece.

What is the relationship status of Glassberg?

Lauren Glassberg is a single woman, and apparently, she has never been married. But she does have a son named Beau Hudson born whom she gave birth to on 16th November 2013. Her son is already seven years old, going on eight incoming November 2021. Despite being an active social media personality, Lauren prefers to keep her love life secret.

Glassberg has never once mentioned her love interests or any rumors regarding her past relationships. At this age, it seems like she is not interested in tying her knot as well. However, Lauren is handling herself and her son quite well. Talking about Lauren’s interest, she is a food lover. She posts pictures of all the food of the restaurants she has attended in her Facebook profile.

Lauren Glassberg turned 51 years old in June 2021. Despite her age, she looks young and maintains her body quite well. She has a slim body build which she maintains by jogging and going on morning walks. Lauren possesses brownish blonde hair and blue eyes. She stands 5 feet 4 inches tall and weighs 50 kg.

What is Lauren’s Current Net Worth?

Lauren Glassberg has an estimated net worth ranging from $1 million to $5 million as of 2021. She has been working as a journalist since her early teens, and her current average salary is estimated to be over $95 thousand. Lauren lives a unique, independent, and successful life and still serves as a journalist in WABC TV. Her net worth is still in a position of rising further in the coming years.