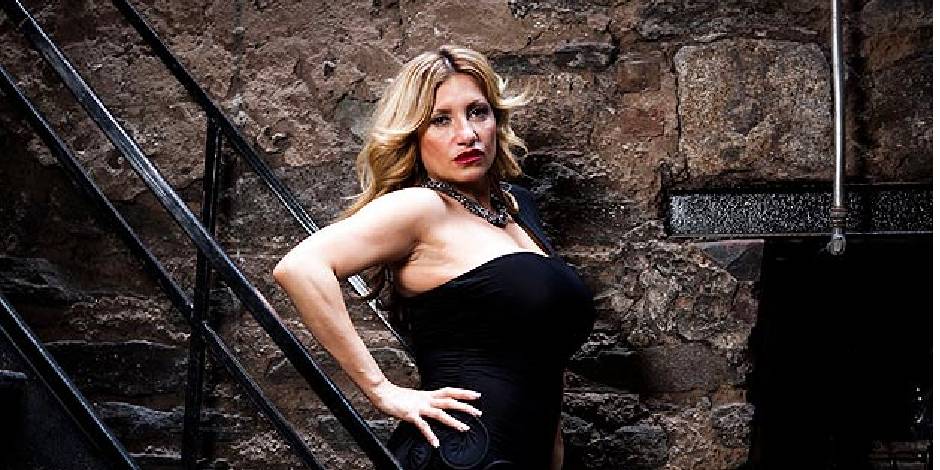 Love Majewski is an American-born beautiful makeup and licensed cosmetologist and brow designer by profession. But she came into the limelight after appearing in series like “Mom Wives” and “Frenchie Comes to America”.

Where was Love born and raised?

Majewski was born to a father, Michael Joseph Majewski, and a mother, Lorraine Arias-Beliveau, on 27 November 1971 in New York. She has a sister whose name is Joelle. Majewski Turned into the age of 49, and as per her birth date, her zodiac sign is Sagittarius.

Majewski holds an American nationality, and as per her ethnic background, she belongs to the ethnicity of Puerto Rican and Polish.

Love Majewski is a beautiful woman who looks attractive with her blonde hair and dark brown eyes. She has a fit body, but the measurement of her body still has a question mark. She also hides further detailed information about her physical statistics like height, weight, and more.

Love Majewski spent her childhood happily with her parents and sister. However, her father left this world in 1992, which was the hardest thing for her to accept the truth. Further, her mother used to be a writer where she worked as a writer for the Daily News.

Her sister has established herself as a Makeup artist or cosmetologist like her. Likewise, Majewski’s uncle, her mother’s younger brother, was killed in Tower 2 of the World Trade Centre.

Love attended Richmond town Prep School for her education in Staten Island, New York. Later, in 1989, she graduated, and then, she joined Lee Strasberg Theatre Institute, from where she did her study in Theatre Acting.

Love Majewski is professionally a makeup artist and licensed cosmetologist, and is a brow designer. But, she became famous after she made her appearance in the reality television series “Mob Wives,” which aired on VH1. Further, she also appeared in the series “Frenchie Comes to America”.

Currently, Love seems to be living her single life on her own. However, talking about her previous relationships, she had been engaged six times.

Previously, she dated her ex-boyfriend, Chris Paciello, a government informant. He is also one of the Untouchables car theft ring members, and then he was also condemned to murder.

Later, she started her relationship with her ex-boyfriend Ray Merolle with whom she was planning to become engaged and marry. Similarly, Ray is also a Staten Island’s self-proclaimed “Untouchable” and biggest car theft.

They lived together, but things went wrong after Majewski caught him with another girl in a restaurant. At that time, she became very angry, so that she also tried to hit them too. After that, she met Joey Brand, with whom she started living in a romantic relationship in 2017, but their relationship ended later.

Love is active on Instagram with the tag name (“@lovemajewski”), where she has 27.3K followers and posted 3880 posts. She has posted her stunning pictures on her Instagram account and posted her pets’ pictures that his fans and followers liked and commented on.

\Majewski is active on Twitter with the tag name (“@LoveMajewski”), where she has 43.8K followers and tweets 40.6K times. Her sexy looks and stunning pictures can be seen on her Twitter.

Love Majewski is a beautiful, attractive, and active woman who grabbed people’s attention after she made her appearance in the series “Mob Wives” and Franchise Comes to America”. Now, Love Majewski must be living her standard life with her estimated net worth of $150,000, earned from her hard work.