Rosie Huntington is best known among the people for her collaboration as Victoria’s Secrets lingerie model as well as well renowned movie actress. She has been appointed as a model for five Victoria’s Secret Fashion shows from 2006 to 2010 and promoted her as a Victoria’s Secret Angel in November 2009. She has coverage on the cover of international fashion magazines such as Vogue, GQ, Elle, and Harper’s Bazaar among other well-known magazines.

Huntington-Whitely is in the modeling section since 2003 for a variety of clothing brands like Abercrombie & Fitch, Burberry, Karen Miller, Bloomingdale’s, Ralph Lauren, DKNY to many more. She has honored by being given the title of 2009 Model of the Year by Elle and received Elle’s 2012 Top Style Icon Award and Maxim voted her #1 on its 2011 Maxim’s Hot 100 list which is the great achievement in the field of modeling. 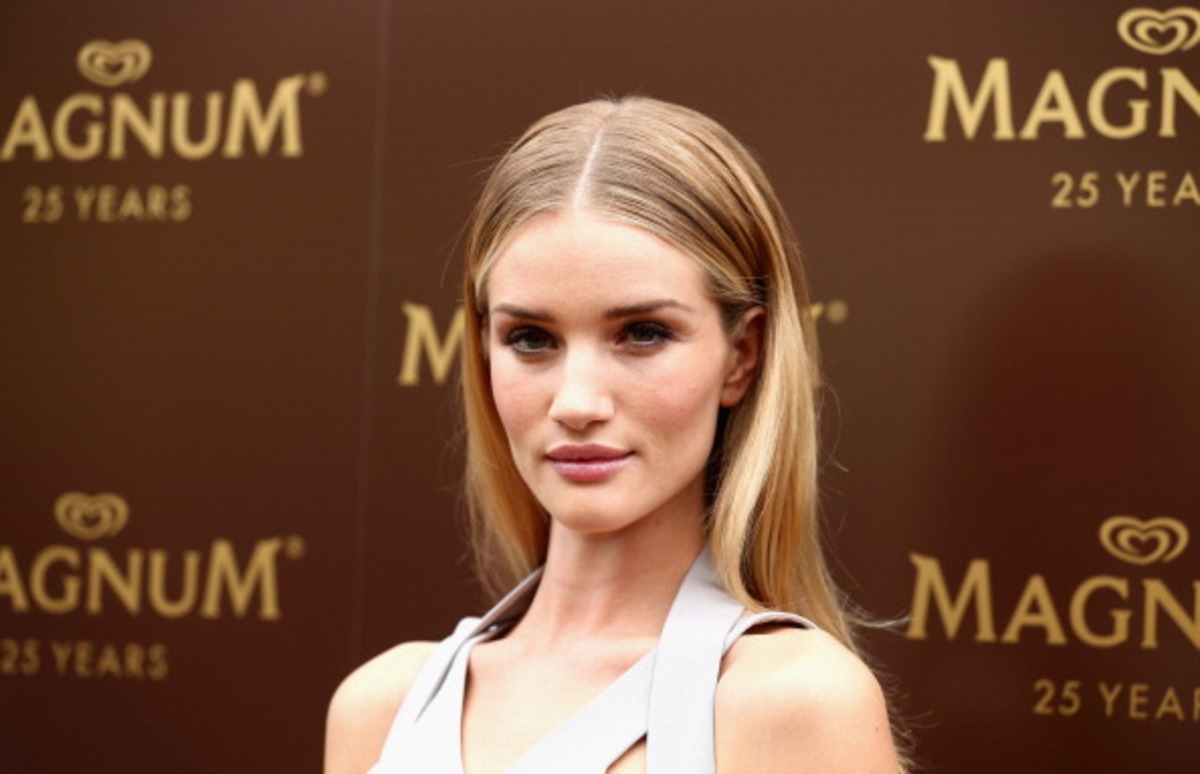 The full Rosie is Rosie Alice Huntington-Whiteley. She was born in Plymouth, England on 18th April 1987. Now she is 33 years old and still giving her best in her profession of modeling by achieving success. She is an English model, actress, designer, and businesswoman as well.  She is basically involved in lingerie modeling and brand ambassador for many companies. She is representing the brands like Angels Burberry Body and recently she is focused on the denim company names Paige.

Rosie had an interest in being a fashion model at an early age. She used to reflect herself in the pages of magazines like Vogue. For education, firstly, she joined Tabistock College. When she 16, she started her modeling career and began to appear in different commercials. Her appearance in the Teen Vogue, helped her to boost up her career.

Rosie Huntington is one who is always concerned about her career and she chooses the acting along with the endorsement of products. Rosie was contracted to the American lingerie brand as a brand model for ‘Victoria’s Secret’ in early 2006 and the journey started from there. Iitially, she started her fashion model career  from a fashion show, organized in Los Angeles.

Then, for about two years, she had no works. Subsequently, chief creative director, Christopher Bailey, gave her  chance to be in the autumn/winter campaign for the fragrance brand Burberry. 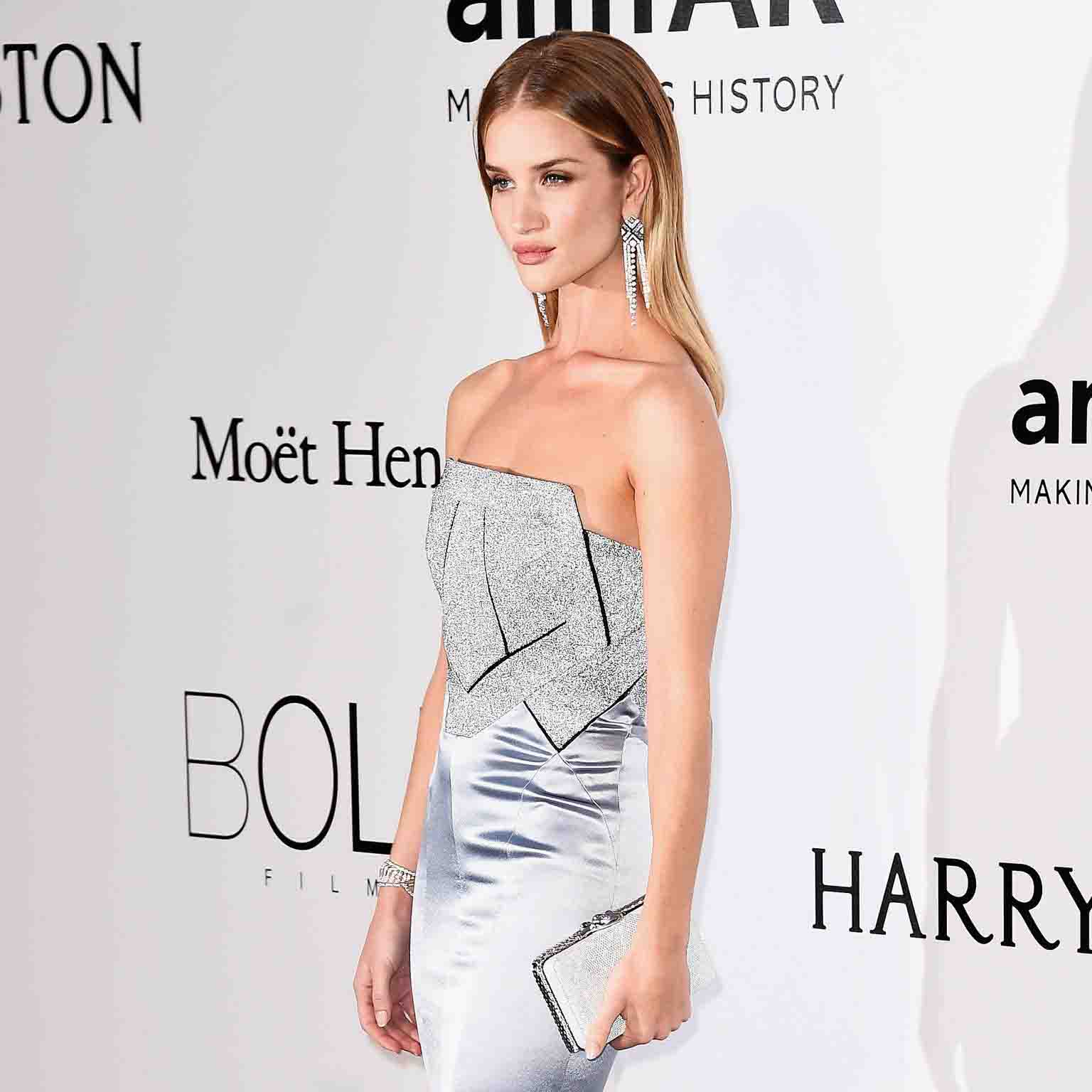 She gained popularity from her works in the modelling field. Meanwhile, she became a cover of the British Vogue in 2008. Rosie Huntington also got the opportunity to model for Godiva and Miss Sixty in 2009. Moreover, in 2010, she modelled for the Victoria’s Secret Fashion Show, in New York City. She is one of the models also who posed nude for the Pirelli Calendar which is photographed by Terry Richardson and this happened in the same year. Not only limited on this she also appeared in several other advertisement campaigns as well.

Rosie Huntington took her fame to the peak to newer heights. One of the fashion photographers named, John Rankin Waddell published a book that was entirely devoted to her contribution. She is also being covered in British Vogue in March 2011. Furthermore, she has been involved in the advertising campaigns for numerous brands like ‘Dolce & Gabbana’, ‘Leon Max’ ‘Sportsmax’ ‘Marks & Spencer,’ ‘Levi’s,’ ‘Macy’s,’ ‘Tommy Hilfiger,’ ‘Clinique,’ ‘Thomas Wylde,’ and ‘BCBG.’ for their branding and promotional campaign. In 2009, she made her acting debut in the short film.

Rosie Huntington made her feature film debut sci-fi action film ‘Transformers: Dark of the Moon’ in 2011 and which was a renowned movie. Despite the film’s success, Huntington’s acting skills also came with some criticism in the industry. She was also one of the nominated candidates for the Razzie Award for the opposite category of worst supporting actor After that, Rosie Huntington also appeared in one of the most-watched movies in 2015  ‘Mad Max: Fury Road’ which is an action film. Likewise, she had her appearance in the films, ‘Mad Max’ (1979), ‘Mad Max 2’ (1981), and ‘Mad Max Beyond Thunderdome’.

Rosie Huntington born as a daughter of Charles Andrew Huntington Whiteley and Fiona  Huntington Whiteley.  She was from a stable family and got the opportunity to groom in this career with the support and help of her parents. Her husband is Jason Statham who is an actor and producer as well. They both have one son Jack Oscar Statham. 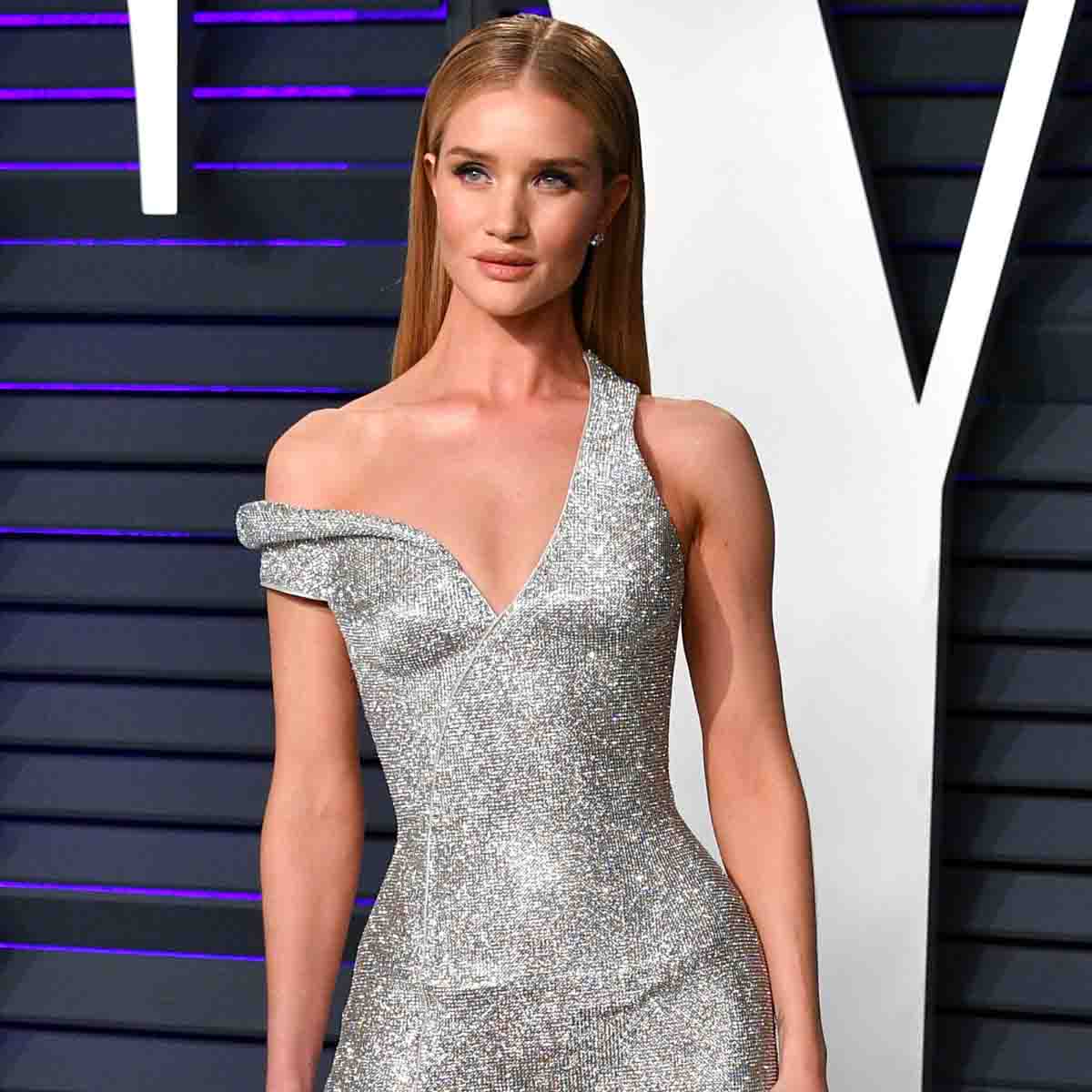 As there is a beautiful saying that people not only learn from practice but the circumstances and situation make him learn more and more things. Rosie Huntington was the one who started to became the brand model for Victoria’s Secret lingerie.  She is a citizen of England and got the nationality from there. Rosie Huntington was one of the best models and movie actors of this generation with a grabbing position in the Top 100 hottest model.

The official report says that Rosie has $30 million USD. Her annual salary is considered to be $ 1000000. Her income is not from the movies only but she has multiple income sources with in the industry as well. She is brand ambassador for different brands like Victoria’s secret as well as represent the different fragrance companies as the front face. She has also involved in the branding of different clothing items as well. So she is self-dependent and well income women.