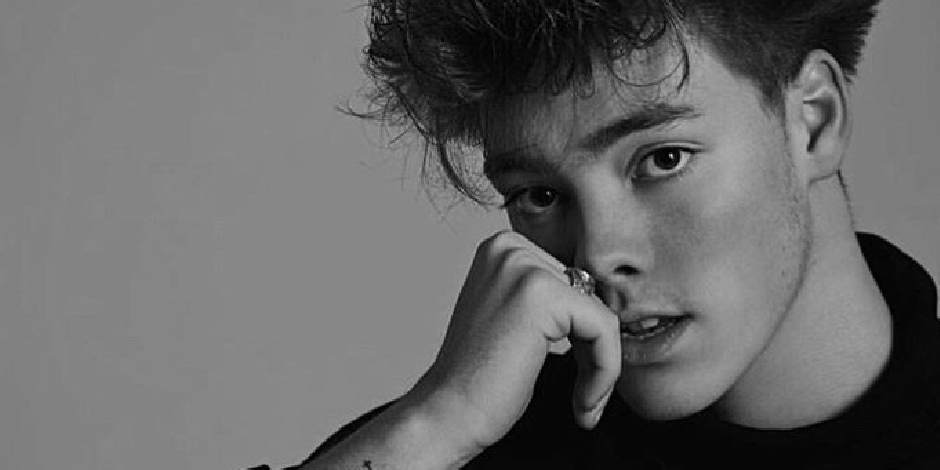 Zach Herron is an American-born singer and songwriter who is also a band member “Why Don’t We?” band. He is famous for posting many cover songs videos on his YouTube channel “Zach Herron”.

Zach Herron, whose real name is Zachary Dean Herron, was born on 27 May 2001 in Dallas, Texas, as a son of a father, Josh Herron, and a mother, Myta Herron. He has two siblings where one is a brother named Ryan Herron and a sister named Reece Herron.

He turned at the age of 20, and his zodiac sign is Gemini as per his birth date. Likewise, Herron holds an American nationality, and as per his ethnic background, he belongs to the ethnicity of Caucasian.

Zach spent his childhood happily with his family members and grew up nicely in a good environment with his siblings. He was interested in singing and also used to perform magic tricks earlier.

When he was just nine years old, she sang the song “Baby” by Justin Bieber at his cousin’s wedding. The educational background of Zach is kept secret so that there is still a question mark about his academic qualification.

Zach Herron has established himself as a famous singer and songwriter who is best known as a member of the “Why Don’t We?” band. However, he came into more fame and limelight after posting his cover songs videos on his YouTube channel, where his best cover song is “Stitches” by Shawn Mendes.

Zach Herron is currently single, but previously, he dated Kay and Chloe Garcia. When he was in his eighth grade, he lived in a romantic relationship with Chloe Garcia, but the couple broke their relationship because of the long-distance relationship.

Further, in 2018, he started dating Kay Cook, with whom he also went on the prom in June 2019. But they also broke up with each other. According to Kay, Herron mistreated her, so that it became the reason for their break up.

To talk about Zach Herron’s physical statistics, he has a height of 5 feet 6 inches (167.5 cm) and 64kg or 141 lbs of weight. Similarly, he is a good-looking guy who looks more attractive with his dark brown hair and dark brown eyes. Further, his sexuality is straight.

Herron is active on Instagram with the tag name (“@imzachherron”), where he has 2.2m followers and posted 549 posts. In addition, he has posted his good-looking and dashing pictures of him on his Instagram account, which many people liked and commented on.

He is also active on Twitter with the tag name (“@ImZachHerron”), where he has 755.4K followers and tweets 2270 times. Likewise, he also opened his Facebook account named “Zach Herron,” with 474,729 followers, and posted his good-looking pictures and videos.

Zach Herron has created a YouTube channel named “Zach Herron,” with 289K subscribers. He joined on YouTube on 2 May 2015 and posted many cover songs videos that many people watched and commented on.

A good-looking, active and talented Zach Herron is a well-known singer, songwriter, and member of the “Why Don’t We?” band. Currently, he lives a cheerful and standard life with an estimated net worth of $3 million.