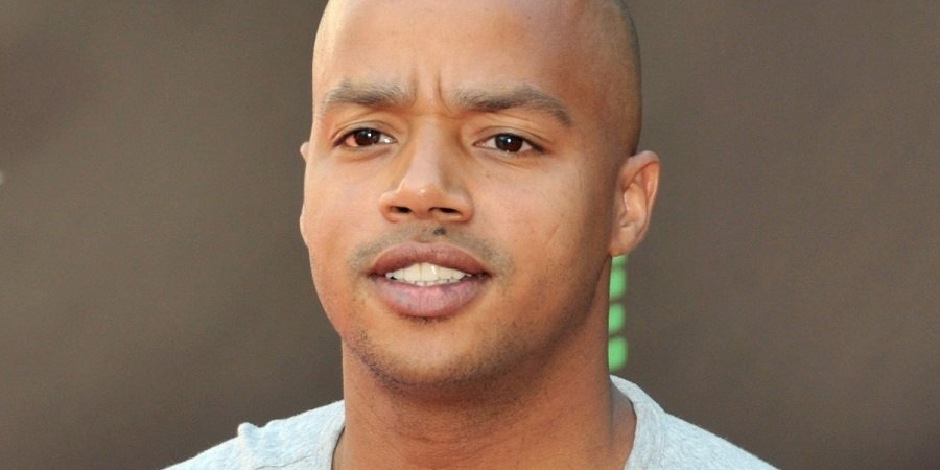 Donald Faison is an American-born actor, comedian, and voice actor, popularly known for his appearance in the “Scrubs”, “Clueless”, “Exes”, and more. Since 1989, he is working actively in his acting career.

Where was Donald born and raised?

Donald holds an American nationality, and as per his ethnic background, he belongs to the African-American ethnicity.

Donald Faison grew up nicely in a good environment as his father is a building manager, where his mother is a talented agent. But he has to face his parent’s divorced in 1992, but he maintained a closed relationship with her father and mother. Likewise, he also has a good relationship with his brother, with whom he spent his childhood.

His brother Olamide Faison, whose real name is Olamide Aladejobi Patrick Alexander Faison, established himself as a well-known American actor and singer. Besides this, Donald attended Children’s School for his education, located in Manhattan. At that time, he went to school with his best friend Dash Mihok.

How did Donald start his Career?

Donald Faison started his professional film career after being cast as a Student in the American crime thriller movie “Juice” in 1992. After that, in 1995, he starred as Murray Duvall in the American coming-of-age teen comedy movie “Clueless”. Later, in 2003, he voiced over Wilson’s character in the comedy movie “Good Boy!”.

Check out the latest updates on Julie Yaeger and Clueless

Further, he played roles in several movies, including “Uptown Girls”, “Skyline”, “Pitch Perfect”, “Little Evil”, and more. Likewise, he made his appearance as Duane in the television series “Sesame Street” in 1992.

However, Donald Faison gains more popularity after he played the main role of Christopher Turk in the American medical comedy-drama television series “Scrubs” from 2001 to 2010. In the series, he shared the screen with Matty Cardarople.

Their wedding was held in his best friend, Zach Braff’s home, a well-known American actor, director, producer, and screenwriter. Zach also served as a groomsman. Likewise, Jessica Simpson, an American singer, actress, fashion designer, and author, served as a bridesmaid. The couple gave birth to their son Rocco in 2013, and later, they are blessed with a daughter in 2015.

Donald Faison also used to have a romantic relationship with other girls before his marriage, as he has a son named Shawn with his ex-girlfriend Audrey. Likewise, he also has a fraternal boy-girl twin child, and their names are Dade and Kaya. In total, he is the father of six kids.

His son Kobe lived with him after Lisa’s death in 2017. Currently, Donald is living his life happily with his wife and children.

Similarly, he also appeared in several series, including “The Exes”, “Drunk History”, “Unsolved: The Murders of Tupac and the Notorious B.I.G.”, and more.

Check out the latest updates on Matty Cardarople

What is the relationship status of Faison?

To talk about Donald Faison’s physical statistics, she has a height of 5 feet 11 inches or 180.5 cm and a weight of 80 kg or 176.5 lbs. Similarly, he has got a good-looking face with black hair and dark brown eyes. His sexuality is straight.

Donald Faison is active on social media platforms like:

Donald Faison is active on Instagram with the tag name (“@donald_faison”), where he has 727K followers and posted 1479 posts.

He also has a Twitter account with the tag name (“@donald_faison”), where he has 540.1K followers and tweets 5773 times.

Check out the latest updates on Jillian Barberie and Clueless

Donald Faison has created a Facebook account named “Donald Faison”, where he has 140K followers and posted many photos and videos which received good likes and comments.

A good-looking, active, and talented Donald Faison is a well-known American actor, comedian, and voice actor, popularly known for his appearance in “Scrubs”, “Clueless”, “Exes”, and more. Currently, he is living his standard life with an estimated net worth of $12 million.