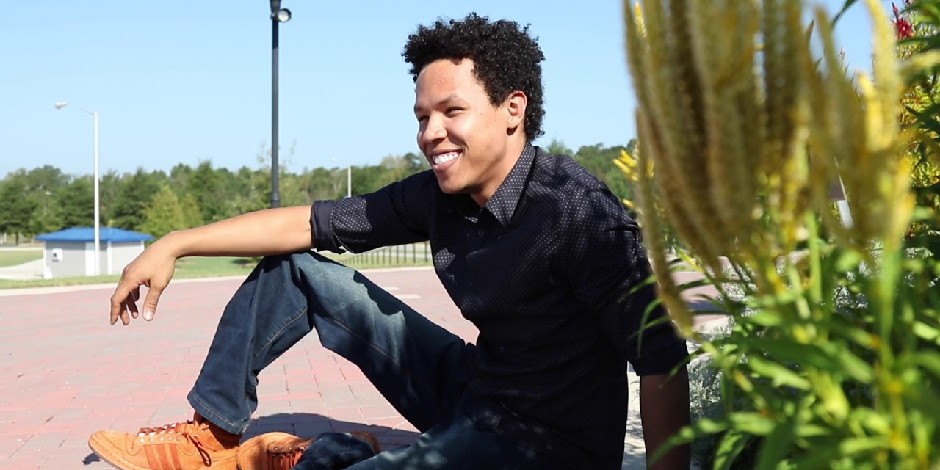 Why Is Eric Graise Popular?

Eric Graise is a talented American actor, dancer, singer, director, and writer who is popularly known for his appearance in the television series, Step Up: High Water alongside Jade Chynoweth. He is a confident man who never let his disability took over his passion and dream and he sure has given hope and inspiration to other disabled people to never give up on their dreams.

Where was Graise born and raised?

Eric was born on 6th March of 1990 in a metropolitan area, Atlanta of United States. He has a sister named Sania. Further information about his family isn’t disclosed yet. His age is  31 years.

Eric Graise’s nationality is American and has mixed ethnicity and his sexual orientation is straight and he has Pisces as his birth sign.

Eric Graise’s height is 5 feet and 5 inches tall. He has black eyes and black curly hair. He has an average body build.

He received his Bachelor’s degree from the University of West Georgia in Theatre.

What is the relationship status of Graise?

Graise is probably single now. There haven’t been any rumors regarding his love life yet. He seems to be enjoying his time traveling as well as working in his career right now.

Graise has his own YouTube channel where he has accumulated over 1.07 thousand subscribers with just 2 videos that he posted from the last 2 years.

How did Eric Graise start his Career?

Graise first made his television debut with the horror series, The Walking Dead alongside Athena Akers and Lauren Cohan portraying the character Cot Walker. He then gained fame after his starring role in the short film, Limited Space in 2018 where he appeared as Emmit alongside co-stars Angel Giuffria and Kiona Reese.

In 2018, Graise made a breakthrough in his acting career after landing the role of King in the music drama series, Step Up: High Water. He appeared in a total of 17 episodes and in 2020, he landed another major role in the series, Locke & Key as Logan Calloway. The same year, he also made his small appearance in the drama series, Dynasty as Rehab Veteran. He further portrayed the character of Ezekiel in the comedy, crime drama series, Teenage Bounty Hunters.

As of 2021, he is preparing for his role in the action, adventure, sci-fi series, The Tomorrow War where he will be portraying the character of Terry.

In 2018, Graise was nominated with Jury Prize for Best Actor after his starring role in the short film, Limited Space.

What is the Current Net Worth of Graise?

Eric Graise has an estimated net worth of 750 thousand dollars as of 2021. His main source of earning comes from his acting career and apart from that he is seen doing choreography, dancing, singing, and directing.