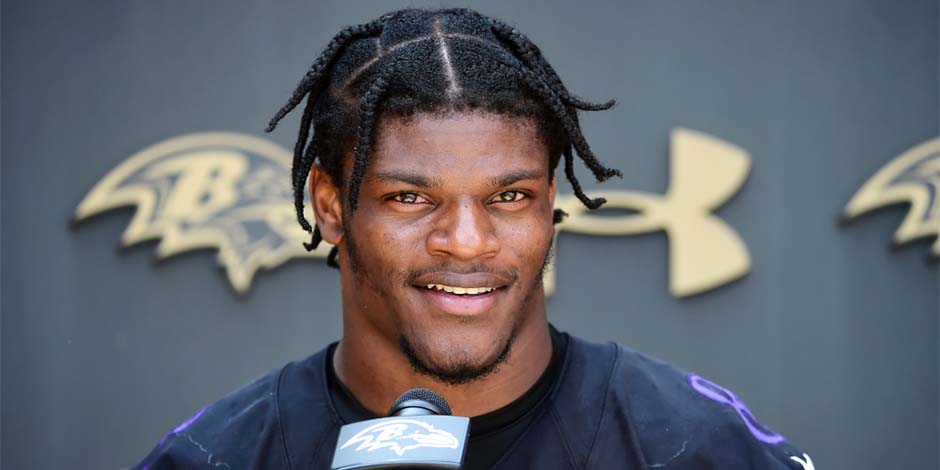 Lamar Jackson is a football quarterback from America. He had won the Most Valuable Player in the 2019 season, becoming the fourth African American to get the title. Lamar had served as a backup for the Ravens in his early-season until Lamar replaced the injured Joe Flacco. He also holds the record for maximum rushing yards in a division by a quarterback and multiple perfect passer ratings in a season in the NFL.

He was born as Lamar Demeatrice Jackson Jr. to Lamar Jackson Sr. and Felicia Jones on 7th January 1997 in Pompano Beach, Florida. His mother raised him after his father perished in an automobile accident when Lamar Jackson was just eight. He attended Santa Luces Community High School but later transferred to Boynton Beach High School and graduated in 2014. Lamar played on both the high school club. He then attended the University of Louisville to play as a quarterback. 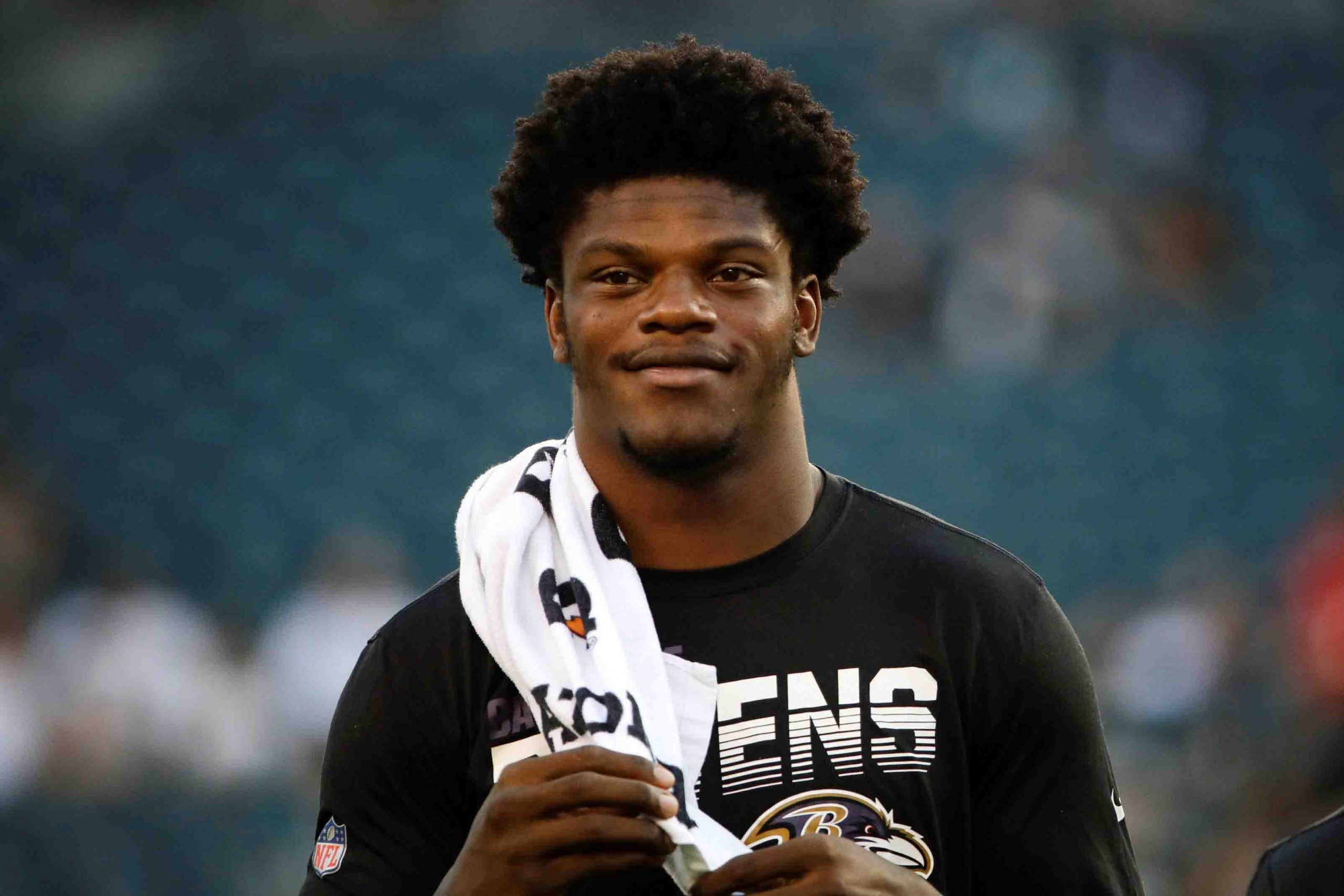 He started his career from Santa Luces, but his career took off after becoming part of the Boynton Beach School. He was known as a hard-working in his high school days and had made improvements in his passing accuracy and decision making. He was featured in sixteen games and had reached a quarterback rating of 102.7 in his two years of high school. Lamar Jackson was additionally part of his high school track unit.

As a Louisville Freshman, he made appearances in twelve matches, including eight starts. He had made 135 passes with 12 touchdowns for 1840 yards and had run for 960 yards with 11 touchdowns. He also got awarded the MVP in the 2015 Music City Bowl. In the opening match of his student year, Lamar Jackson set a school record for eight touchdowns in the first half of the game with Charlotte 49ers.

Lamar Jackson further wins various awards and recognitions in his sophomore year career. During his junior year, he had already made a huge fan following with his game. He ended his college career with 38 game appearances, thirty-four as a starter, sixty-nine passing touchdowns for 9,043 yards, and fifty rushing touchdowns for 4,132 yards. 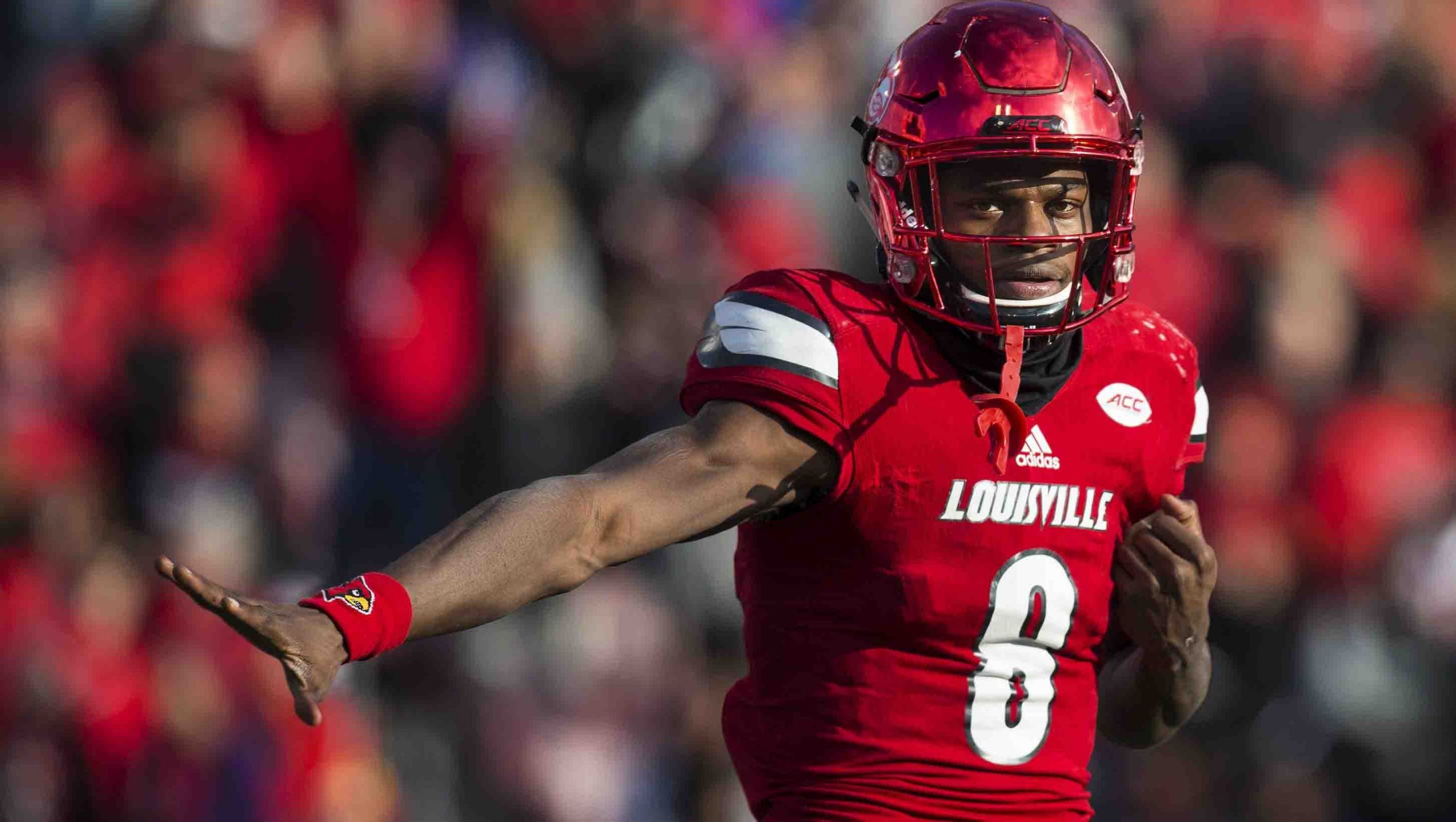 After his announcement of entering the 2018 NFL Draft, several pundits had advised him in switching positions, doubting in his skills and athleticism. He was picked by the Baltimore Ravens in the draft and signed a deal with them on 5th June 2018. His NFL debut came against Buffalo Bills as a substitute for the injured quarterback, Joe Flacco. His first start as a Raven player came on 18th November against Cincinnati Bengals. He made a permit history for speeding yards by a quarterback playing in a winning match.

He had also helped the Ravens win the game against Los Angeles Chargers in Week 16 of the league. In the game, he had made twelve passes for 204 yards. Lamar Jackson also had made two rushing touchdowns for ninety-five yards and had passed for 170 yards in the Ravens victory over Cleveland Browns to win the AFC North title.

He made five touchdowns for 324 yards in the 2019 season opener against Miami Dolphins. It was his best record till then. He had also become the junior quarterback to accomplish an excellent passer rating after history. He completed the 2019 touchdowns with 43 touchdowns and also had a passing touchdown percentage of 9. Until now, he has played thirty-five regular league games in the NFL with twenty-six games as a starter and has made forty-nine passing touchdowns for 5,097 yards and 13 rushing touchdowns for 2,136 yards. 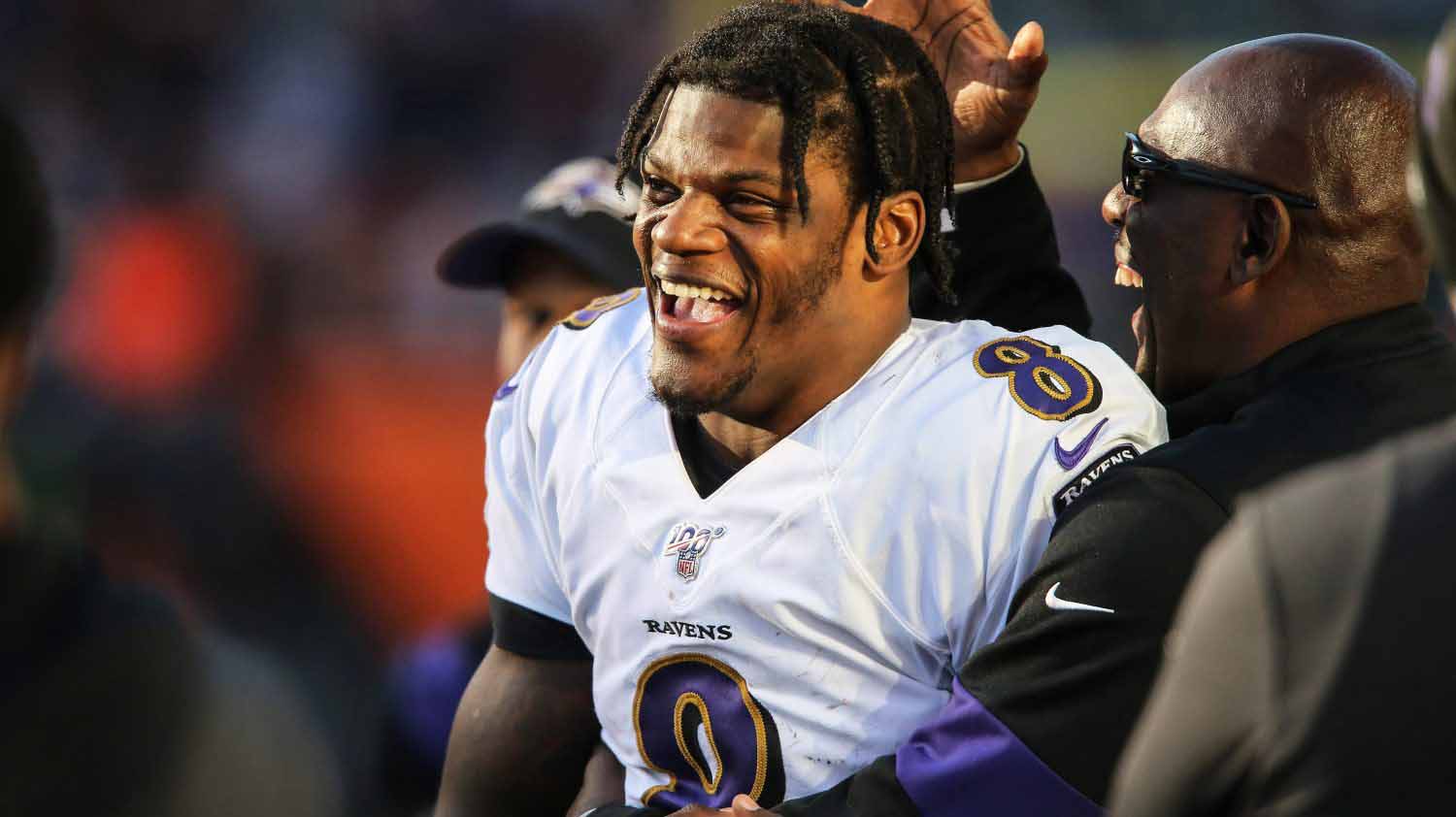 Lamar Jackson is presently in a relationship with Jamie Taylor, and the two have been together since college. Currently, he resides in Owings Mills with his mother and siblings. Lamar also has a communications degree from the University of Louisville. He had also launched his line of sportswear titled Era 8 Apparel in 2018.

He is 1.88 meters or six feet and two inches in height and weight ninety-six kilograms.

He has over 761 thousand followers in his official Twitter handle @Lj_era8.

According to celebrityneyworth.com, Lamar Jackson has an expected net worth of $4 million.