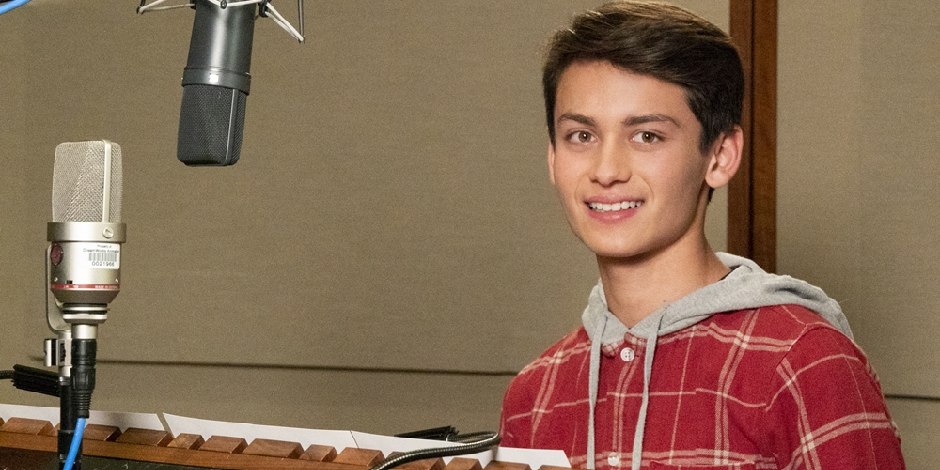 Tenzing Norgay Trainor is an American-born actor, who started his acting career from his childhood and became able to get success at his early age. Tenzing Trainor has been seen appearing in several movies and series in his career which includes “Abominable”, “Liv and Maddle”, “Clueless” and more.

Where was Tenzing born and raised?

Trainor was born on 4 September 2001 in Plantation, FL as a son of his father, Clark Tulley Trainor, and a mother, Deki Tenzing Norgay. He is known as the grandson of Tenzing Norgay Sherpa who is the first Nepali-Indian mountaineer to reach the summit of Mount Everest with Edmund Hillary. He has two siblings and they are Yoden Trainor and Kalden Trainor.

Currently, he is at his age of 19 and his zodiac sign is Virgo. Tenzing Norgay Trainor holds an American nationality and as per his ethnicity, he belongs to Nepali Sherpa ethnicity. He follows the Buddhism religion.

Earlier, Tenzing Norgay Trainor spent his childhood with his sibling and parents. He used to play football in his early life but later, he started to have an interest in acting so that he focuses on making his career on it. He earned his fame and popularity from his childhood for being the grandson of tensing Norgay

Where did Tenzing go to school?

Tenzing Norgay Trainor did his studies on various martial arts in his early life. Later, he became able to hold the black belt in Tae Kwon Do. Furthermore, he was also seen doing his study on Kung Fu, XMA, and Jiu-Jitsu. Likewise, he is very active so that he used to take part in several athletic activities where he is also an avid lover of soccer. When he was in high school, he used to play soccer on his school’s soccer team.

How did Tenzing start his Career?

Tenzing Trainor started his acting career after he had been cast as Gosselin Boy in the TV series “Stevie TV” in 2012. After that, he was seen appearing in the TV series “The Jadagrace Show” in the same year. In 2013, he made his appearance in the movie “The Lost Medallion: The Adventures of Billy Stone” and in that year, he was also seen playing the roles on “Good Luck Charlie” alongside Meredith Bishop, Max Carver, and Zendaya and “Super Buddies”.

Further, he played the role in the short video “Disney’s Circle of Stars: Do You Want to Build a Snowman” in 2014. In the same year, he also appeared as Parker Rooney in the TV series “Jessie”. Later, from the year of 2013 to 2017, he was cast in the TV series “Liv and Maddie” and then, in 2017, he was seen on the short movie “Disney Channel Star: DuckTales Theme Song”

Likewise, he was seen in several movies and series like “Clueless” alongside Alicia Silverstone and Paul Rudd, “Abominable”, “The Stranded”, “American Housewife” and more.

In his career, he has won Independent Short Awards from Best Child or Young Actor in 2019. After that, in 2020, he became able to be nominated in Annie Awards.

Who is Trainor dating?

Tenzing Trainor is a young, good-looking, and active guy, who is dating a beautiful girl named Carinna. They have been seen posting pictures together and look good together. Currently, they are also in a romantic relationship and enjoying each other’s company.

To talk about Tenzing Norgay Trainor’s physical Statistics, he has got a height of 6 feet 7 inches (1.71 m) and a weight of 62 kg or 137 lbs. Besides this, he has dark brown hair with hazel eyes and has a good-looking face. His sexual orientation is straight.

Tenzing Norgay Trainor is active on In Instagram where he has 1.3 m followers and posted 570 posts.

Likewise, he is active on Twitter with the tag name (“@TenzingTrainor”) where he has 72k followers. Tenzing Trainor also has a Facebook account named “Tenzing Norgay Trainor” where he has 377k followers.

What is the Current Net Worth of Trainor?

Tenzing Norgay Trainor is a good-looking, charming, and talented actor who has been seen appearing on several movies and series from his young age and became able to get success in his career. 19 years old actor Tenzing Trainor became able to make his estimated net worth of $2 million to $6 million which is only possible because of his hard work and interest in his acting career.