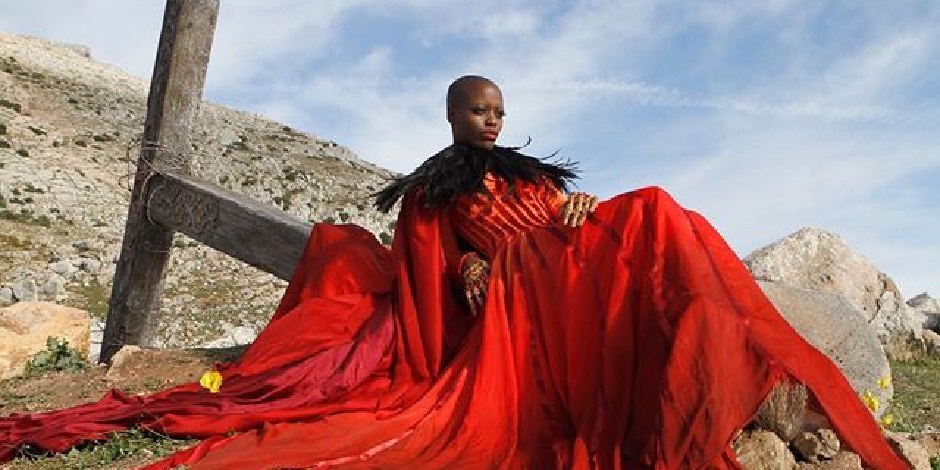 Florence Kasumba is a German actress who gained fame in the United States and is best known for her appearance in superhero films like Captain American: Civil War, Wonder Woman, Black Panther, Avengers: Infinity War, and for her voice-over role in The Lion King. She is best known for portraying the Marvel character Ayo as if the role is a picture perfectly made for her.

Where was Florence born and raised?

Florence Kasumba was born on 26th October 1976 in the capital of Uganda and the largest city named Kampala. Although she was born in Uganda, she was raised in Essen, Germany as she moved to German when she was a child. She hasn’t mentioned much about her childhood or parents yet.

Kasumba has both Ugandan and German nationality. She has mixed ethnicity and she can speak Dutch, English, and German language. Her zodiac sign is Scorpio.

Check out the latest updates on Actor Taran Killam

Where did Kasumba go to College?

Florence has always been a performer since her childhood. She was interested in acting, dancing, and singing. She completed her elementary and high school in Essen. She decided to be a performer at the age of 12 after getting inspired by the British musical, Starlight Express. She graduated from Fontys University of Applied Sciences in Tilburg, the Netherlands with a degree in acting, singing, and dancing.

How did Florence start her Career?

Florence Kasumba started acting in 2001 from Ruud van Hemert’s Dutch drama film, Ik ook van jou portraying the character of Silke. She was still in high school while making her film debut. She continued making small appearances in films like The Stoning, Transpapa, Zeit der Kannibalen, Offline: Are You Ready for the Next Level?. In 2006, she landed several roles in the German series, Tatort.

In 2014, Kasumba made international debut with the American fantasy-based series, The Quest as Talmuh. She continued making several appearances in German films and tv series as well as American film and tv series including Dominion, Der Letzte Bulle, and many more until 2016 when she made a breakthrough by landing the role of Ayo in the Marvel Comics-based superhero film, Captain America: Civil War alongside stars Scarlett Johansson and Sebastian Stan.

Check out the latest updates on Andy Serkis and Black Pathers

Kasumba continued appearing in hit movies like Wonder Woman alongside star Gal Gadot, as Senator Acantha, Black Panther alongside Winston Duke,  Avengers: Infinity War as Ayo alongside Mark Ruffalo, and Zoe Saldana as well as in television mini-series The Falcon and the Winter Soldier. In 2020, she was nominated with Jupiter Award for Best German Actress for her role in the series Der Letzte Bulle and in 2021, she was nominated with Romy Award for Favorite Actress in a Series after her performance in Tatort. In 2019, she voiced the character Shenzi in an animated film, The Lion King.

Florence Kasumba is secretive when it comes to personal life. Despite being active on social media, she has never once mentioned her relationship. We believe she is single and married. She doesn’t have any children. She is fully dedicated to her acting career. She currently resides in Berlin, German.

Florence Kasumba is 44 years old turning 45 years in October 2021. She is 5 feet 8 inches tall which is about 173 cm. She possesses an athletic and tall body build. She weighs 63 kg or 139lbs and she has dark brown eyes. She never grows her hair long and cleans shaved head and thin eyebrows have been her signature look.

Check out the latest updates on Angela Bassett and Black Panthers

Florence Kasumba has an estimated net worth of 4 million dollars as of 2021. Her sole earnings come from her acting career. She may not be able to land the lead role in any of the movies however, her strong and powerful role has gained her huge fame in the film industry.