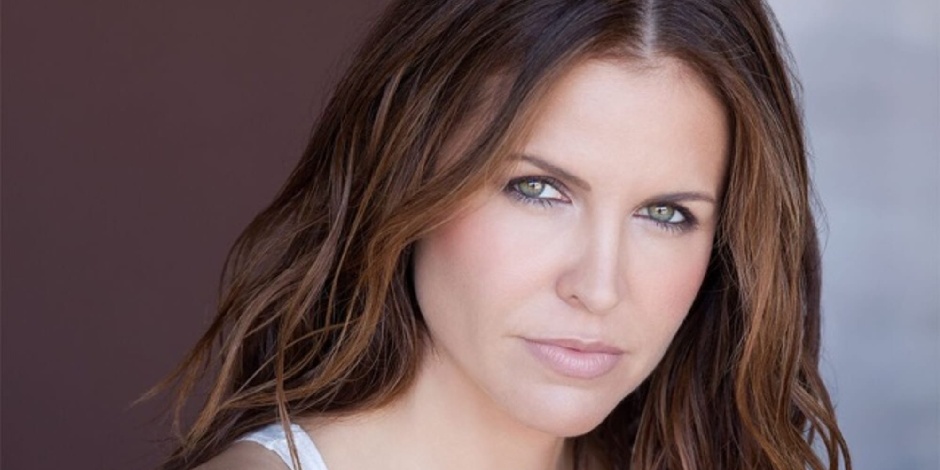 Laurie Fortier is an American-born actress who is popularly known for playing roles in movies and series like “Running the Halls”, “Hemlock Grove”, “The in Crowd”, and “To Gillian on Her 37th Birthday”.

Laurie Fortier grew up beautifully and happily as she was born in a well family but the information about her family members still has a question mark. She became selected as Rose Princess in her early life in the 103rd Tournament of Roses Parade held on 1 January 1992.

To talk about her education, she attended Saint Mary’s College, located in Moraga, California. However, she left her study as she became interested in acting so, she decided to move to Los Angeles to follow her career in acting.

How did Fortier start his Career?

Laurie Fortier started her professional acting career after being cast as Holiday Friedman in “Running the Halls” in 1993. After that, she appeared as Jasmine in the American television sitcom “Boy Meets World” alongside Ethan Suplee, created and produced by Michael Jacobs and April Kelly. In the same year, she played the role of Megan in the American family sitcom “Kirk”.

In 1998, she starred in the main role as Cara Bradford in an American primetime soap opera “Push”. In the following year, she made her appearance as a Model in the series “Cupid” alongside Trieste Kelly Dunn . Later, she offered to play roles in the series like “E-Ring”, “Perception”, “Castle” alongside Jordan Belfi and Monet Mazur, “Rush”, “Uncovered”, and more.

Check out the latest updates on Jonathan Scarfe and Perception

Further, in 1996, Laurie Fortier started her film career after being cast as Cindy Bayles in the American romantic drama movie “To Gillian on Her 37th Birthday”. After that, in 2000, she made her appearance in the movie “Dean Quixote”. In that year, she also got the role of Kelly in the film named “The In Crowd”.

Likewise, Laurie appeared as Bunny in the movie “Stories USA” in 2007, and later, in 2015, she played a role in the film “No Deposit”. She had also played the role of Shannon in the post-production movie “A New York Christmas”.

Check out the latest updates on Laura Carswell and Perception Series

Who is Laurie married to?

Laurie Fortier married her husband Deran Sarafian in 2000, and they gave birth to two children together. They both shared the same profession as Deran, a well-known American film, television director, and former actor. Currently, they are living their happy and romantic life together.

Laurie has a height of 5 feet 7 inches and a weight of 50 kg. Her body measurements are 36-27-37 inches with a slim body type. Her shoe size is 7.5. Similarly, she got a beautiful face with dark-brown hair and green eyes.

Laurie Fortier is active on Instagram with the tag name (“@Laurie Fortier”) where she has 10.8k followers and posted 435 posts. In addition, she posted so many pictures with her husband and children on her Instagram account.

Likewise, she also has a Twitter account with the tag name (“@Laurie Fortier”), where she has 1056 followers and tweets 1341 times.

What is the Current Net Worth of Laurie?

A good-looking, active and talented actress Laurie Fortier played the roles in several movies and series in her career, which include “Running the Halls”, “Push”, “To Gillian on Her 37th Birthday,” and more. She has gain success and popularity in her career because of her hard work and dedication. She is currently living her standard life full of fun and enjoyment with an estimated net worth of $900,000.