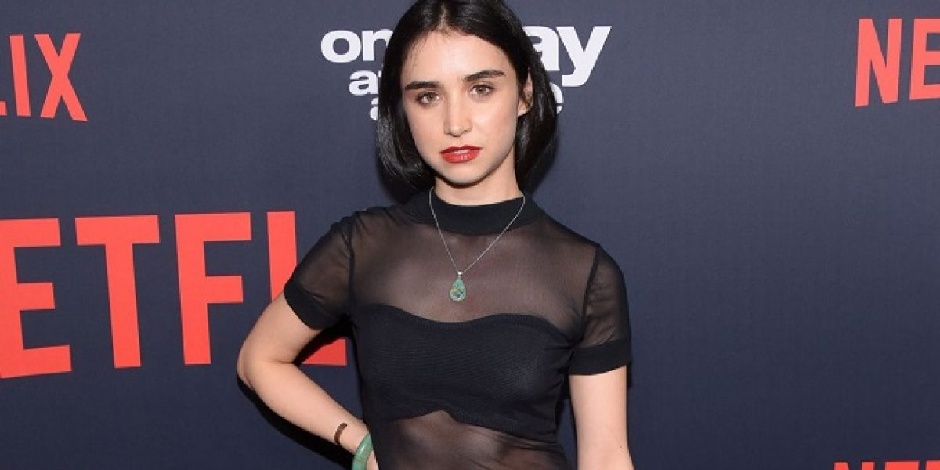 Libe Barer is a well-known American actress who is popularly known for playing the role of Carly Bowman in the series “Sneaky Pete”. She was also seen appearing in the movies and series like “iCarly” alongside Jim Parson and, “The Whole Truth”, “Grey’s Anatomy”, “Parenthood”, “Colony”, “I See You” alongside Ritu Arya and Alex Watson and many more. She has been seen working actively in her career since the year 2007.

Who are the parents of Libe?

Libe Barer, whose real name is Libe Alexandra Barer was born on 19 December 1991 in Los Angeles, California, the U.S. as a daughter of father, Sergio, and mother, Ana Barer. She has a younger sibling whose name is Ariela Barer and is also an actor.

Barer holds an American nationality and belongs to the ethnicity of Jewish. Her zodiac sign is Sagittarius.

Earlier, Libe Barer was seen attending at Los Angeles County High School for the Arts where she has been seen receiving a LACHSA Moondance Film Festival Award which was for her screenplay “On Top of the World”.

What is the relationship status of Barer?

Libe Barer seems to be singles as she has not mentioned her relationship. She used to keep her personal life private like other celebrities so, currently, she is single.

How did Libe start her Career?

Libe Barer started her career after she had been cast into the role of Tareen on the American teen sitcom “iCarly” from the year 2007 to 2008 which was created by Dan Schneider and the other cast members of the series were Miranda Cosgrove, Jennette McCurdy, Nathan Kress, Jerry Trainor, and Noah Munck.

In the year 2010, Libe Barer was cast into the role of Fatima Vences on an American legal drama series “The Whole Truth” which was created by Tom Donaghy and the other cast members were Rob Morrow, Maura Tierney, Eamonn Walker, Sean Wing, Anthony Ruivivar and Christine Adams.

Likewise, from the year 2015 to 2019, she was seen appearing on an American crime drama series “Sneaky Pete” which was created by David Shore and Bryan Cranston and executive producers are Michael Dinner, Fred Golan, Bryan Cranston, Seth Gordon, James Degus, David Shore, and Erin Gunn.

In the year 2016, she was seen playing the role of Pia on an American science fiction drama television series “Colony” which was created by Carlton Cuse and Ryan J. Condal. The other cast members of the drama were Josh Holloway, Sarah Wayne Callies, Peter Jacobson, Amanda Righetti, Tory Kittles, Alex Neustaedter, Isabella Crovetti, and Jacob Buster.

Later, from the year 2019, she was seen providing his voice over the character Violet Sabrewing on an American animated television series “DuckTales” which was developed by Matt Youngberg and Francisco Angones. In the year 2019, she was also seen appearing in the role of Mindy on an American crime horror movie “I See You” which was directed by Adam Randall and written by Devon Graye.

Further, Libe Barer will be seen appearing on an upcoming American horror-thriller movie “Slapface” which was written and directed by Jeremiah Kipp and was produced by Mike Manning. In addition, she was also seen providing her voice over the character Casey in an upcoming movie “Moon Girl and Devil Dinosaur”.

Libe Barer is a renowned, talented, and beautiful actress who has been playing the roles in several movies, has an estimated net worth of $1 million.